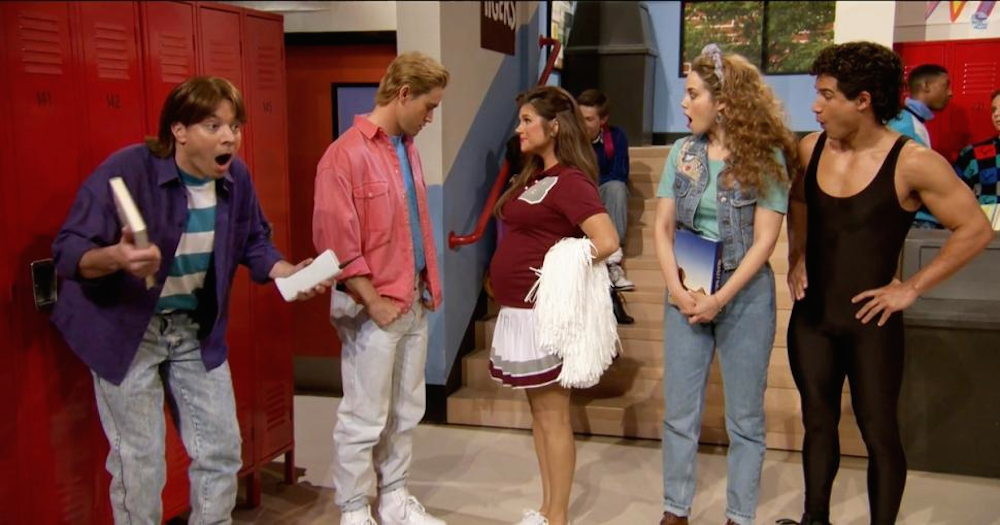 Mr Belding is pretty much obese these days.

Saved By The Bell was everyone’s favourite show when we were growing up and the adventures of Zack and the gang will probably stay with a lot of us forever.

Jimmy Fallon was in LA presenting his talk show yesterday and so he though it would be a great idea to pretend he used to go to high school over there at Bayside High. What’s more, he got most of the original cast back in to re-enact it with him and the whole sketch was really well put together, with a number of references to classic Saved By The Bell episodes and the future careers of those involved.

Of course, after his Behind The Bell book that sourpuss Dustin Diamond didn’t show up and neither did Lisa Turtle – but considering what she looks like now maybe that isn’t so surprising as nobody would even have known who she was. Mr Belding did show up though and man, has he put on a few pounds since he quit the show. Oh boy.