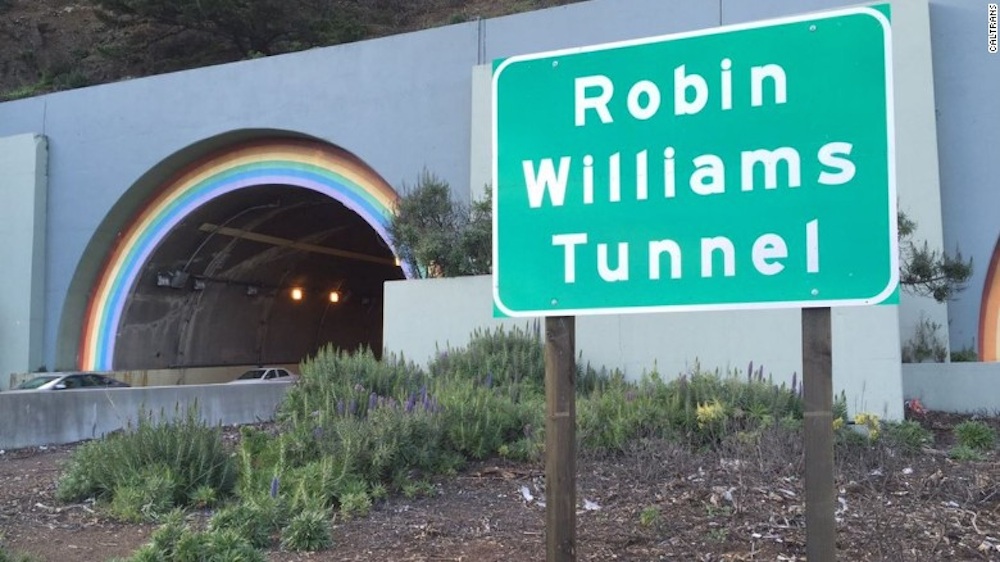 Following on from Robin Williams’ tragic suicide 18 months ago, the California State Senate approved a resolution last year to officially rename a tunnel with rainbow arches that links the Golden Gate Bridge to Greater Marin County to the Robin Williams Tunnel. Williams grew up in the Bay Area in case you were unaware. The tunnel was previously known as the Waldo Tunnel for some unknown reason.

Even despite this, it took a while for the two new signs to be installed. It finally went down on Monday night, with the news seemingly being confirmed by NBC Los Angeles in the tweet below:

The signs cost a cool $3000 and were apparently paid for by a private donation fund, before anyone gets moody that the government spent their funds on this. Not that anyone would, surely, because obviously it’s great that Robin Williams will hopefully be remembered forever via this long lasting tribute to the man; although perhaps it’s an even sadder reminder of the way that he left us.

Check out this awesome montage of some of his best bits to remind you how awesome he really was.