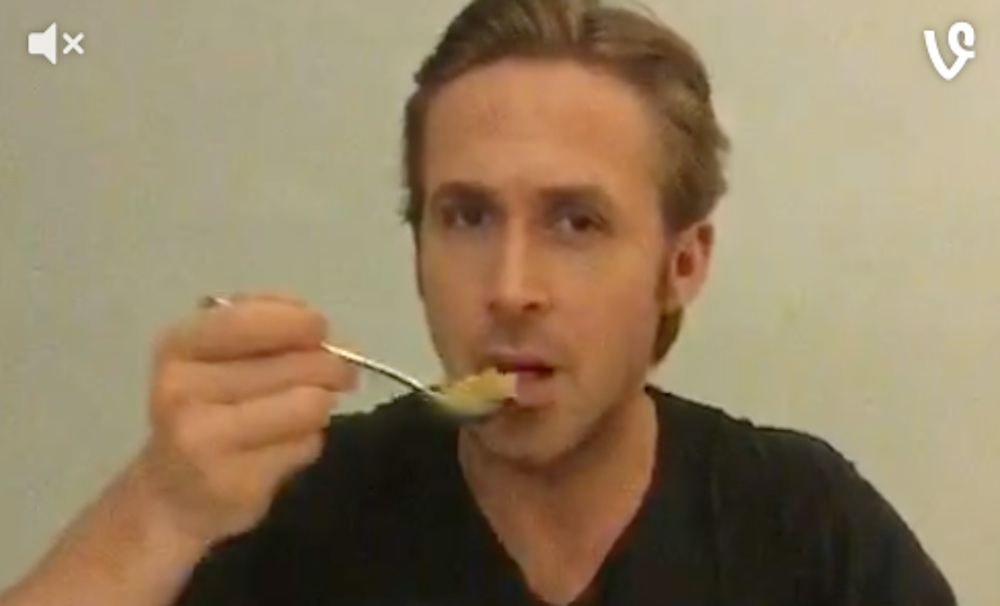 A couple of years ago Ryan Gosling refusing to eat his cereal was the hottest new meme on the Internet and you really need to check it out if you haven’t seen it. It’s basically some guy holding a spoon to Ryan Gosling’s mouth in some of his famous movie scenes and Gosling looking like he’s turning it down every time. It’s a lot funnier than it sounds.

Anyway, unbeknownst to most of the world, the creator of the Vine series was a dude called Ryan McPike who was also battling skin cancer whilst he was making these awesome Vines. He sadly passed away over the weekend at the age of 27 and Ryan Gosling himself has offered a tribute to him in the form of his own Vine in which he finally eats his cereal. The clip features him sitting down at a table, pouring the cornflakes into the bowl, adding milk and then bringing them up to his mouth and eating them.

Let’s be serious, Ryan Gosling probably doesn’t need to spend his time paying tribute in a humorous way to some guy who basically kind of rinsed him so this gesture really does exemplify what a class guy he is. Fair play.

My heart goes out to all of Ryan McHenry's family and friends. Feel very lucky to have been apart of his life in some small way.

One of McPike’s friends Naysun Alae-Carew had the following to say about Ryan Gosling’s involvement:

It’s the most fitting send-off any of his friends or family could have hoped for. It was something he had always talked about.

A few weeks ago Ryan Gosling acknowledged the vines for the first time and Ryan McHenry was really happy about it.

To have this is just amazing and for us and particularly his family it just really validates how much Ryan gave.

They are just vines to make people laugh but to have Ryan Gosling respond just shows the effect that Ryan McHenry had on the world.