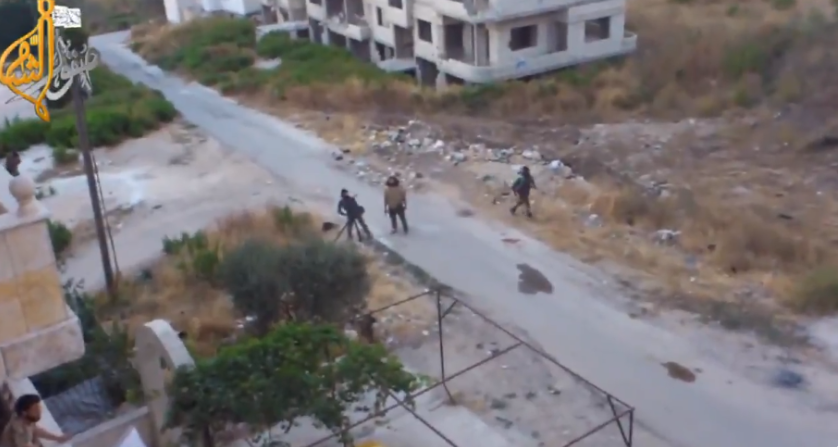 So the guy who uploaded this footage onto Twitter says it’s a US warplane responding to ISIS fire, but some of the comments seem sure it’s either a Russian or Syrian warplane.

I don’t really think it matters TBH, especially since you only came here to see a group of terrorist extremists getting blown to kingdom come:

I mean, honestly, if you engaged a US warplane, what did you think would happen?

Good stuff. I mean imagine thinking you’re going to fire your little machine guns at a massive fighter plane and not get blitzed into oblivion. It’s basically a pea shooter taking on an air to ground rocket.

Love the way they clocked that a giant missile was coming in their direction and start running away… probably gonna need more than a 5 second head start in that situation.

For footage of the US’s MOAB explosion which killed 36 ISIS fighters in one go, click HERE.