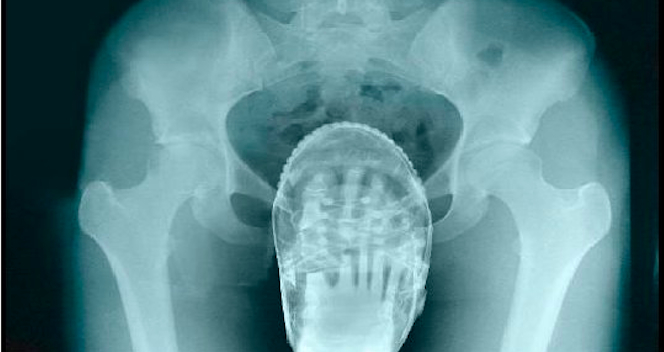 If you’re ever drinking with your buddies and one of them really pisses you off and there aren’t any weapons around, then it’s good to know you can stick your foot so far up someone’s ass that they’ll die.

I can’t decide if this is real or I’m just being trolled or what because this seems too ridiculous to be true, even for those crazy Russians who we all know are completely and utterly batshit bonkers. But I mean would someone really kill someone by sticking their foot up their ass? Even for a Russian that seems pretty out there. I mean just use a knife or something, right? Or a brick. Or just bash his head against the floor. There are so many way easier ways to kill someone other than sticking your foot in their ass, so you can understand my scepticism. But then again it IS Russia and it seems like anything goes over there.

â˜› Proof: Russian Brehs Are Still As Crazy As Ever

The situation isn’t helped by the fact that the video that accompanies it is all in Russian. It features a Russian news anchor talking about it in Russian and then a couple of brief interviews with the killer and a policeman and the woman who was said to be at the middle of the love triangle that forced this guy to shove his foot up his mate’s anal passage and kill him. There’s also an interview with some people smoking cigarettes in a corridor but I don’t really know what they’ve got to do with the whole situation. Their inclusion is pretty jokes though.

But yeah, the video is completely subtitled so it makes me kinda think that this news report hasn’t really got anything to do with someone killing someone by sticking their foot up their butt and it’s just one of those videos where someone puts fake subtitles on something to try and make it funny. To be fair it worked, although the news report is kinda dry the whole concept of someone sticking their foot so far up someone’s butt it kills them completely cracks me up.

I would have thought they would have tried to make it properly funny if they were making it up though, as the way it is presented just seems kinda serious. I also have to question how the hell someone would come up with that idea in the first place. The fact that a bunch of other websites are reporting about it like it’s true also lends me to believe that it is actually true, although there is the definite possibility we could all be getting massively trolled.

â˜› More Trolling: Nick Griffin Kicked Off Twitter For Being A Homophobic Troll 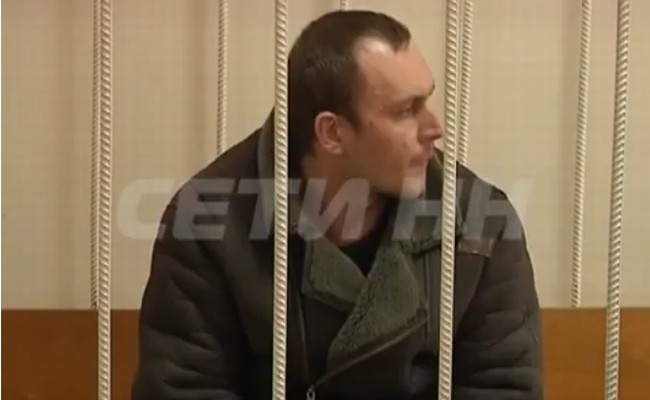 In any case the story is pretty stupid/nuts. Apparently this 28 year old man called Vladimir Krasnov (pictured above) was hanging out with his girlfriend and his buddy Sergey drinking a bunch of alcohol. For some reason Vladimir got jealous of Sergey talking to his girlfriend and immediately hatched a plan to kill him while he was asleep by sticking his foot all the way up his butt. And this is exactly what he did, and Sergey died shortly afterward from rectal bleeding. What a way to go, huh?

Vladimir blames it on the drinking and say that nothing like this would ever have happened if he was sober, but I’m not really so sure. I mean if you’re gonna stick your foot up your buddy’s ass when you’re drunk you’ve probably at least thought about it when you’re sober sometime. Thoughts like that don’t just crop up do they? In any case, whether it was premeditated or not it’s still really frickin’ weird, and is another reason why Russia is so goddamn crazy.

Check out the news report on the incident below: