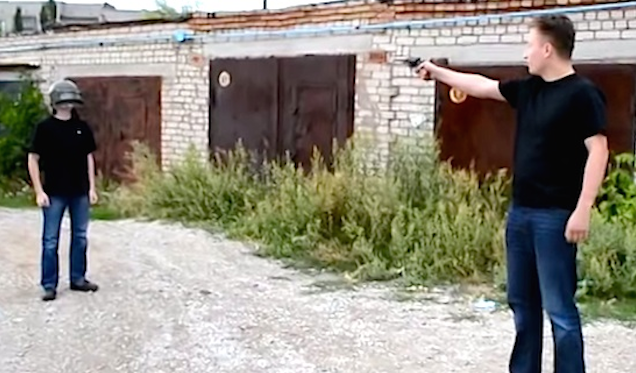 What better way to see if it works?

As we regularly state on the site the majority of Russian people are completely and utterly crazy – remember the guy yesterday who waded through a frozen lake to save his dog? – and this video doesn’t do anything to disprove that theory one bit.

There’s not a lot of details about it but it appears that one Russian dude has found what’s being described as a ‘bomb proof helmet’ and him and his buddy have decided to test it. Unfortunately they couldn’t find a bomb to set off in his face but they did have a revolver, so they set it up just to shoot him in the face whilst he’s wearing this helmet. Obviously.

Boom – look at his head fly back there, absolutely no way they were faking this one huh? Good thing that helmet worked or this could have got messy.