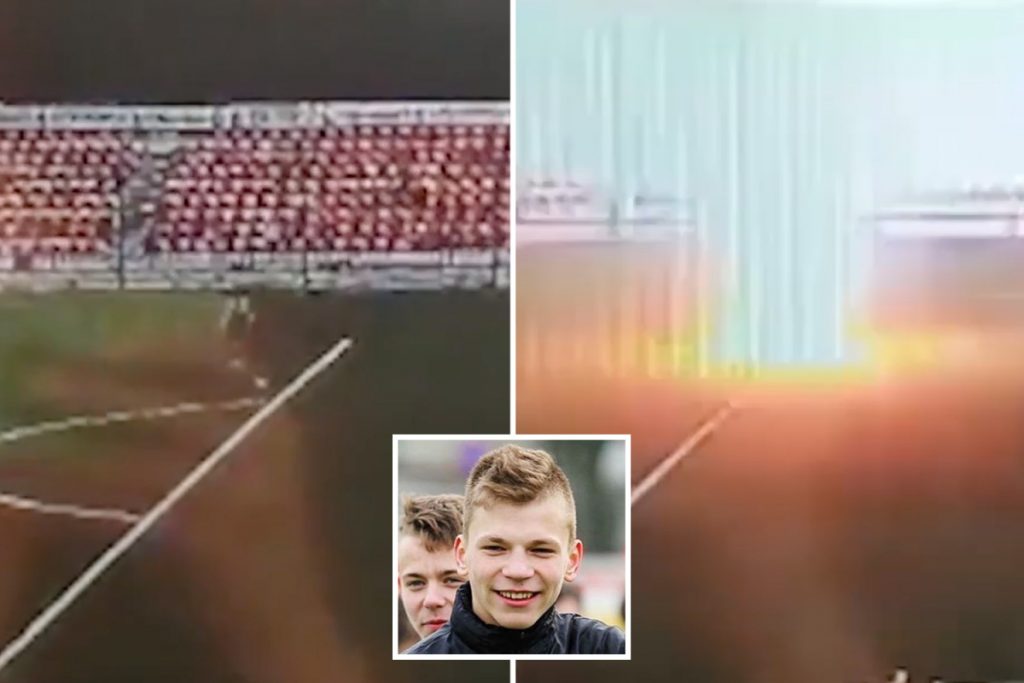 A crazy video out of Russia this week shows a 16-year-old footballer being struck by lightning on the pitch just as he goes to kick the ball into the net.

Ivan Zaborsky was taking part in a training session when the bolt struck him and literally looked like he got vaporised:

The randomness and suddenness at which that can happen is just terrifying. I mean imagine having a kickabout in the park with your friends and suddenly getting blasted with a billion volts of electricity before waking up in hospital without a single clue what hit you. I know it’s likely because the incident was filmed on some budget Russian smartphone camera or something but the poor kid literally looked like he turned into a pile of dust.

Pretty mental how his team then Tweeted out the video alongside a lightning emoji – lol.

Good news is young Ivan is in stable condition and looks like he’s going to pull through.

Wishing him a lightning-quick recovery (sorry).

For the horrifying moment a woman on the beach was struck by lightning on camera, click HERE.