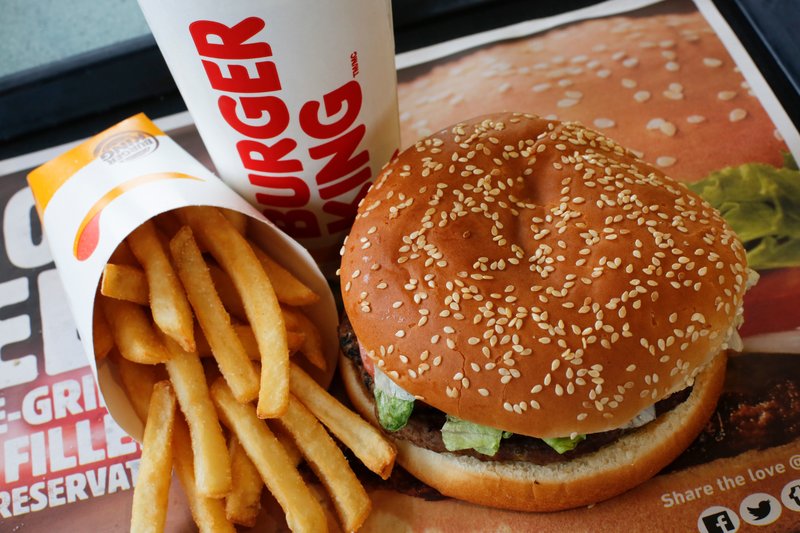 World Cup fever is gripping the country right now as it looks like England actually have a shot at not being completely crap for once, but even in 2018 you might be forgiven for saying that women aren’t exactly as excited as the men about this development.

This clearly seems to be the same case over in host country Russia, where Burger King have launched a pretty unusual campaign, presumably to try and get women more interested in proceedings. Apparently the Burger King advert below states that any woman that manages to get pregnant to a player competing in the World Cup during the tournament will receive a lifetime of free burgers from the chain.

The idea was that it will ensure the domination of the Russian team for years to come in the competition as their children will have the best football genes. And we thought that Russia was doing a good job of not looking like a completely backward country during this competition hey? 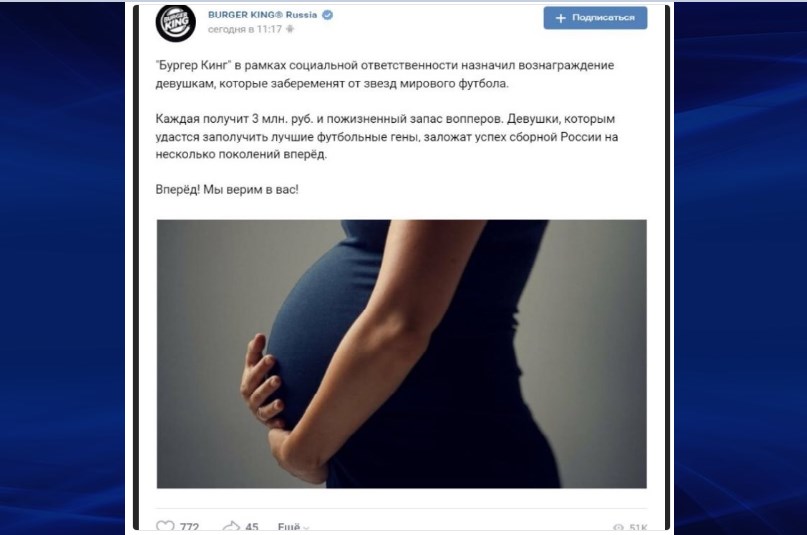 Anyway, Burger King have been forced to take down the advert and apologise, stating that ‘it does not reflect our brand or our values and we are taking steps to ensure this type of activity does not happen again.’ No shit, although to be honest it was probably quite a good idea in theory. Just not in reality where eugenics aren’t actually a thing.

I’m also slightly confused as to who the advert would appeal to more because if they were after the best genes then surely someone who was after a lifetime of Burger King burgers probably wouldn’t have these? I don’t want to bodyshame anyone or anything but if you’re gonna eat a lot of burgers then you probably aren’t gonna have the best genes. And on the flipside, if you’ve got good enough genes and are good looking enough to lay a footballer (again, that’s a bit of a stereotype but you probably are gonna be pretty hot for a footballer to have sex with you) then I doubt a lifetime of burgers is gonna provide an incentive for you. Just saying it’s not the best marketing campaign out there.

For more Burger King, check them out giving away sex toys with their meal deals. Kinky.