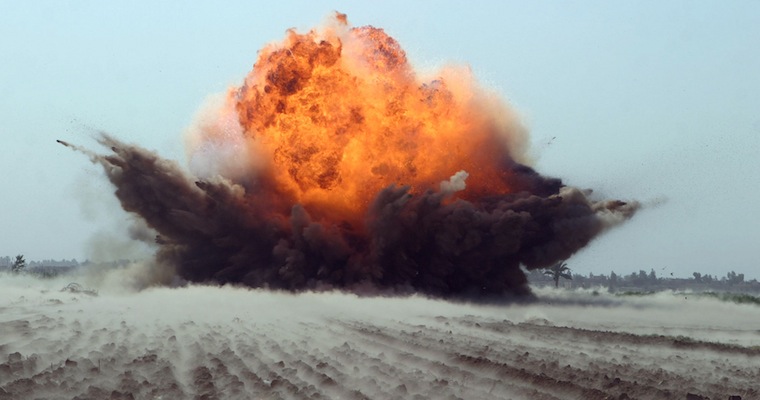 What’s the best way of getting rid of a pesky missile that’s about to blow up the tank you’re in? How about firing a defensive missile to take out that missile first, makes sense right?

We all love watching stupid videos of crazy Russian people doing crazy messed up things, and we all also love big massive loud in your face explosions right, so put the two together and you might just have one of the most awesome videos ever. This video features some relatively new technology called ‘Arena Armour’ that will blow up a missile before it strikes the vehicle you are in. It will essentially blow itself up without causing any/much damage and take out whatever missile that’s about to hit it in the process. I guess it’s kinda like a suicide bombing tank but no one actually kills themselves, so I guess it’s nothing like a suicide bomber but hopefully you get what I mean.

The exact way that this crazy new piece of technology works is that whatever it’s fitted on (usually some sort of tank vehicle) has a Doppler radar that will detect any missiles that are heading in its direction. Once a missile is detected, a defensive rocket is launched which then explodes right beside the vehicle destroying any incoming missiles at the same time. It’s a pretty cool way of dealing with incoming missiles, especially when you watch it at 18000 FPS like in the video below.