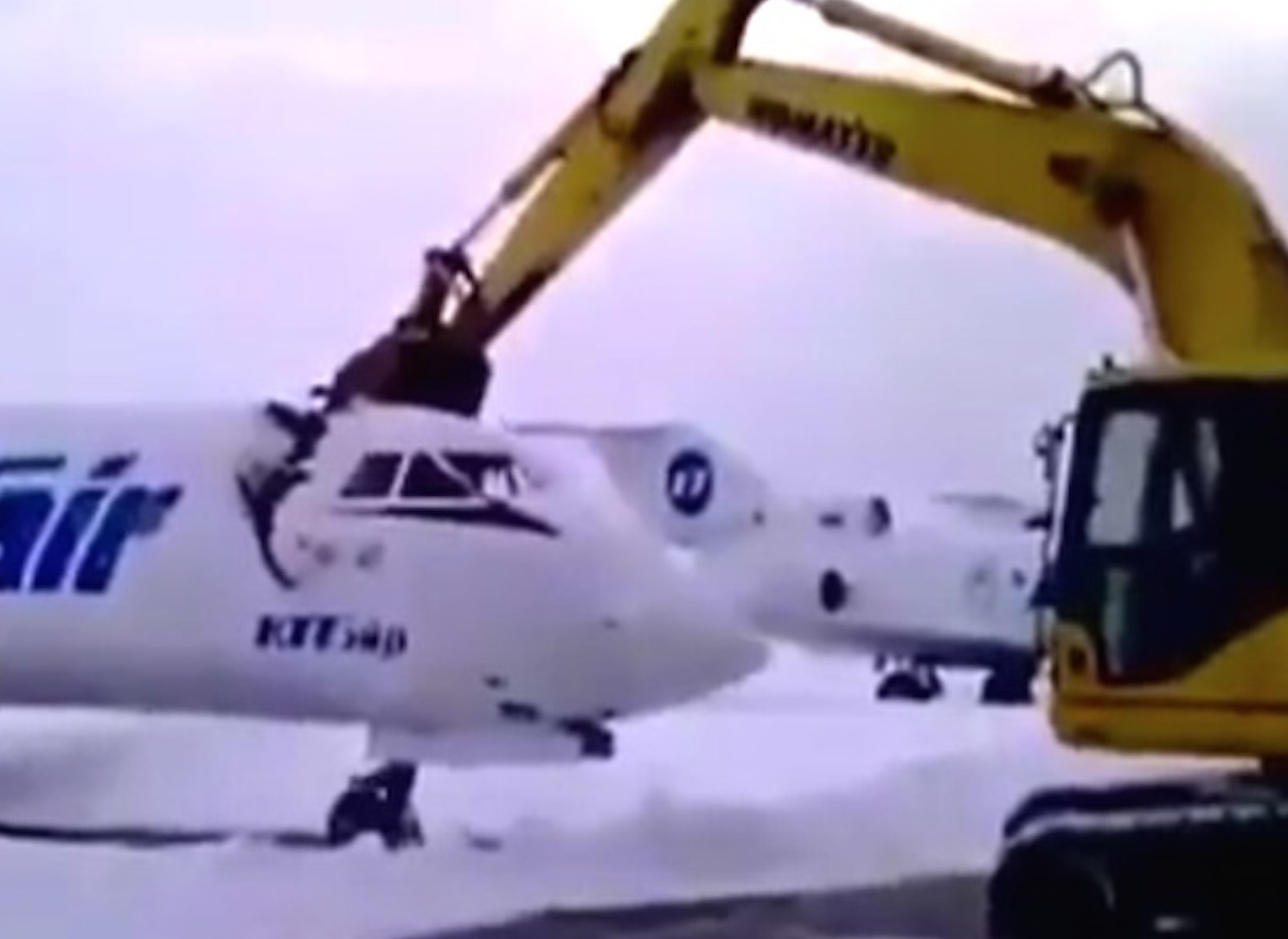 I dare say that most of us have lost our job at one point in our lives, and whatever the reason for it, it’s doubtful that any of us would have taken it that well. I mean even if it’s a job that you really hate, there’s just nothing more gutting than someone telling you that you’re no longer good enough to do it. It’s a kick in the teeth man.

Despite that though, there’s not really much you can do about it. You just have to take it on the chin (or in the teeth, whatever) and move onto the next one. You could maybe shout at everyone when you left the office for the last time, but chances are you’ll regret it and think it’s kind of pathetic in the future. Just accept it and move on.

That’s why this video is so good, because the guy in it literally does not give a fuck and does what we all wish we could do, only times a million. He’s a Russian airport worker, and upon losing his job he decided to get in the nearest digger and destroy one of the jets at the airport that was apparently worth $5 million. Casual.

Absolutely brutal. I’m guessing he isn’t going to be invited back for the Christmas party. Or even get a good reference. It probably made him feel real good though, and you can’t really put a price on that can you?

Here’s another awesome video of a similar situation – this time the guy got on the intercom and went on a sweaty rant about all his coworkers. If only we had the guts eh?