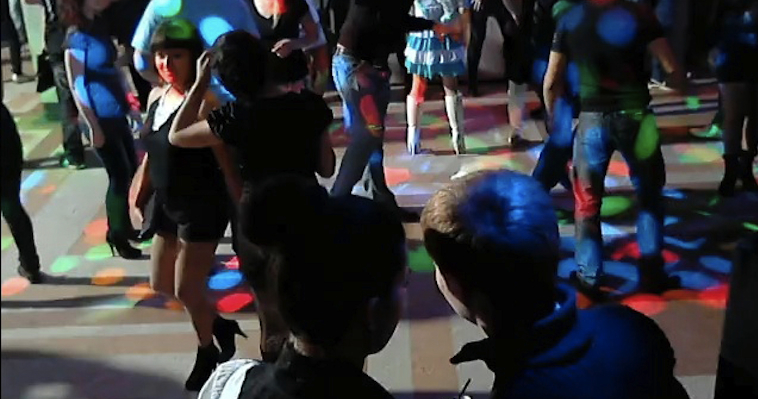 Putin installed cameras at all of the polling booths in the last election. But he turned them on early and got some 9 eyes style snaps of Russian life.

So on Monday I think we posted up the 9 Eyes Tumblr again. This is cool, but it seems that people have only really started getting into it the past couple of weeks when The Guardian and a couple of other mainstream news sites caught on to it. Hello! I posted about 9 Eyes over a year ago on Sick Chirpse. Geez, get with it people. Anyway, what a lot of people probably don’t know about 9 eyes is that it has it’s own Russian equivalent. Yeah I know there’s that photo from 9 Eyes of that Russian guy buying guns but this is a SOLELY Russian 9 Eyes and it’s pretty special.

Most of you probably know that Vladimir Putin got overwhelmingly re-elected (lol) by the people of Russia at the weekend as President or Emperor or whatever title he’s created for himself these days of Russia at the weekend. Oh you didn’t? Sorry, my bad I guess it wasn’t an important enough issue to be shared all over Facebook and twitter like Kony 2012, despite it being a blatant violation of Western democratic institutions. Anyway, in order to somehow attempt to legitimise the election in the eyes of the Western world (Why bother? Even if he didn’t nobody’s going to go into Russia and sort him out. Unless maybe #Putin2012 is produced) Putin decided to spend $447 million on 180,000 webcams that would monitor all the polling stations and thus eliminate any chance of ballot stuffing. This kind of ignored the real problem with Russia’s electoral system though i.e. that Putin has changed all the legislation so it makes it pretty much impossible for him not to be elected.

Anyway, even though they didn’t really offer any respite in accusations of electoral corruption, they did manage to catch some 9 eyes style pictures of Russian life, as many of them were switched on hours before the election began. So you get to see inside the Russian gyms and discos and other weird places in Russia which were used as polling stations which is pretty jokes and further proof that Russian Brehs really are nuts. Apparently the webcams have been so successful that some Russian citizens have begged Putin to leave them switched on forever. That wouldn’t be very authoritarian though (or would it? Because the people want it BUT it is technically infringing personal liberties – interesting philosophical debate there) so he probably won’t do that. Here are some of the best snaps, accompanied with my usual crass commentary: