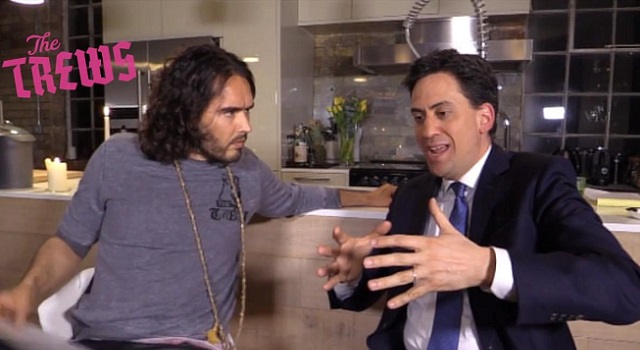 It’s time to tilt the balance.

Taking into account the interview with Jeremy Paxman in which he urged young people not to vote, the release of his book Revolution, and his first campaign victory in the form of the New Era estate dispute (link), Russell Brand has always shown complete unwillingness to engage with the current political system in place, and has instead advocated a radical overhaul of it. This came to an abrupt and surprising end earlier in the week when he urged YouTube viewers to vote for the Labour Party after his interview with party leader Ed Miliband. Predictably, this has drawn a fair amount of criticism and accusations of hypocrisy, most notably from the Independent. But is this criticism fair?

To begin, the point made by Lee Williams in his piece for the Independent that Brand isn’t trying to fix the ‘rotten old structure’ is both incorrect and obscenely ludicrous. He posts five videos a week which are viewed by millions, he’s written a book articulating his ideas as to how his revolution would unfold, he’s happy to lend his face to street campaigns like the New Era estate campaign which probably wouldn’t have succeeded had he not got involved, and most recently, he’s released a film highlighting and deploring banking corruption. What more can one man possibly do to galvanise support for a revolution to fix the rot? 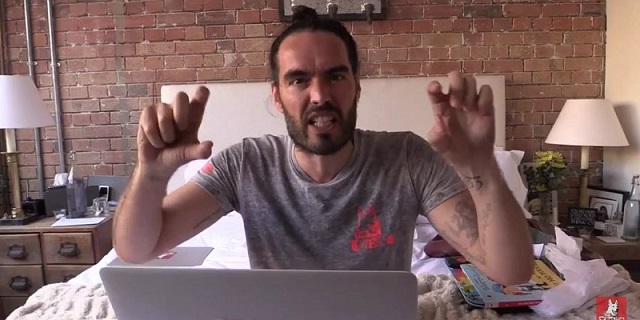 A person’s political position should be adaptable to circumstance, but of course, without losing core principles. This is what’s happened in the case of Brand’s pledge to support the Labour Party in the election. Rather than condemning him as a hypocrite, we should instead accept that Brand, undeniably an ultra-idealistic far left-winger, has abandoned (for the time being) this idealistic tendency and has instead adopted a more pragmatic stance prior to the election. Rather than abandoning his core principles, he’s actually realised that perhaps the most important thing in the short-term is to get rid of the Conservative Party and tilt the balance, even if only slightly, towards ordinary working people.

David Cameron’s response, in which he calls Brand ‘a joke’ completely reflects his total lack of consideration for the working class people of Britain. Brand has over 10 million followers on Twitter, 1.1 million subscribers to his YouTube channel, and his interview with Miliband has not only amassed almost 1.2 million views, but it’s also become a part of nationwide discourse in the lead-up to the election. How on earth can Cameron shrug this off, merely as a joke? Whether he likes it or not, Brand does have a degree of political influence in this country, and his unwillingness to confront this, to even try to reason with the disengaged working class people that Brand has given a voice to shows his total lack of priority for them. At least Miliband has taken Brand seriously and put himself in the equally uncomfortable and unenviable position of being interviewed by him. Surely that shows a willingness to reintegrate politically disengaged people back into politics? 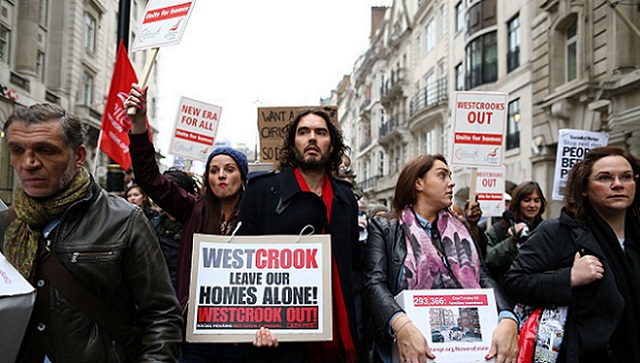 At least under a Labour government, you’d think that more working class issues would dominate parliamentary and political discourse, and we’d have people in government that will (at least on paper) represent working people more than the Conservatives. This small change would surely benefit Brand’s campaign for revolution, which he hasn’t abandoned. It just may be that Russell Brand’s revolution may happen with the help of the political machine.

Supporting Labour does not make Brand a hypocrite, but instead perhaps marks a departure from adolescent, utopian wishful thinking of instant change and an entrance into the realisation that political change is a very slow, gradual process, and that supporting Labour in this week’s election could well be the beginning of this.