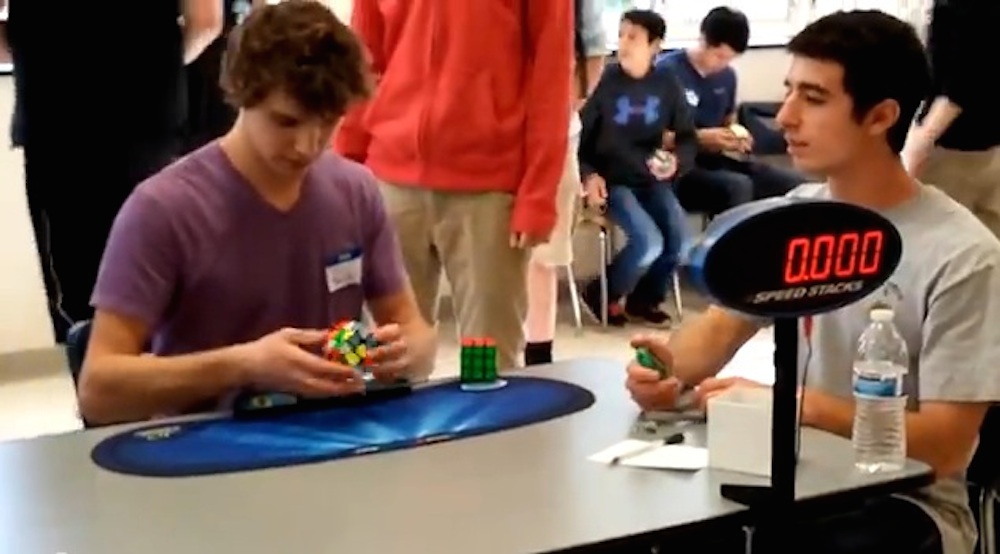 He completes it in 5.25 seconds. Ridiculous.

Even though we’re still not as fast as robots at solving a Rubik’s cube (this one managed to do it in under one second, which is even more ridiculous than the video below), we’re still collectively discovering some ways to get faster and solve them in a quicker time.

Step forward Collin Burns from Doylestown in Pennsylvania, who managed to solve it in a mind-blowing 5.25 seconds over the weekend at the World Cube Association (apparently a real thing) competition – shaving a whole 0.3 seconds off the world record which belongs to Dutchman Mats Valk and has stood since 2013 in the process. Nice one pal. Unfortunately, you can’t really see him solving the puzzle as the camera is a bit too far away, but the reaction of the whole crowd around him seems to confirm that the video is in fact legit.

Here’s what the World Cube Association had to say about it:

We can confirm that this is the new official WCA world record for the 3x3x3 single solve category.

To our best knowledge, it has been performed in an official competition, with all the rules being followed, even the scramble has been checked for its correctness.