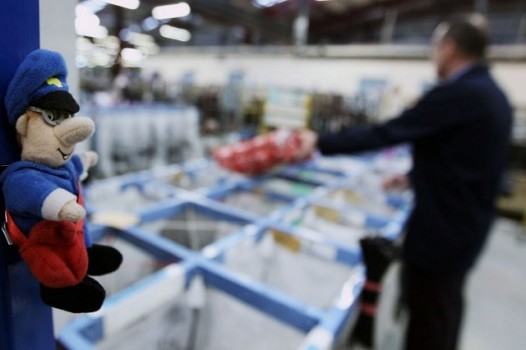 How Vince Cable’s privatisation of Royal Mail has short-changed the country and taken us one step closer to the corporate dystopian nightmare we’re sort of already in.

Imagine; you’re on a morning commuter train heading for another eight hour shift at a job that doesn’t pay a living wage and might not even exist next year. The train, which is so rammed you spend most of the journey involuntarily grinding up against the besuited buttocks of the stranger in front, is already twenty minutes behind schedule. You have paid a week’s worth of wages for this privilege.

The delay does at least give you a chance to have another crack at deciphering that energy bill you received last week; it seems oddly high, but the pricing system’s so complicated you can’t calculate exactly to what degree you’re getting shafted. Exasperated, you stuff it back into your pocket and peer over the shoulder of a fellow passenger to read his copy of The Daily Telegraph. You read one article celebrating the latest round of multi-million pound energy company profits, then another piece on the opposite page cheering the latest increase in rail fares. The passenger turns the page. The headline reads “Royal Mail Privatised.” You sigh but remain unmoved, numb now to the reality of Cameron’s Britain.

For it is true; the government did what even psychotically deranged free market loon Margaret Thatcher didn’t dare do and flogged Royal Mail. A few years ago this might have come as a bit of a shock to some – how could anyone auction off a 500 year old national institution like it was nothing more than a Sega Dreamcast at a car boot sale? Have they no soul? – But this is 2013, the age of austerity, cuts and callous Tory ideologues that hate anything that doesn’t involve rich people getting richer and have rotten clods of dirt and filth and old matted dog hair where their hearts should be. 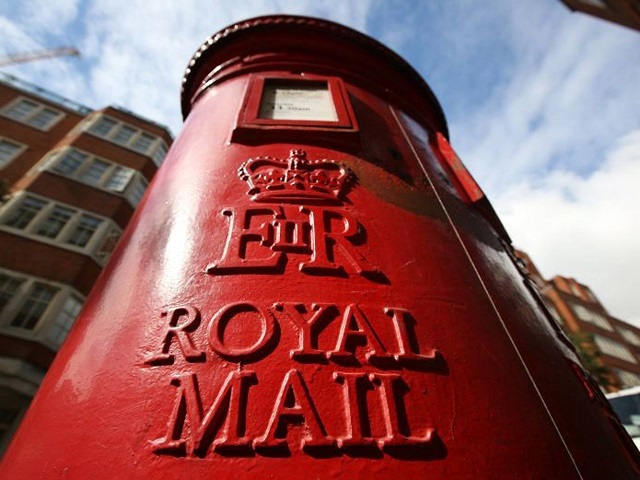 Perhaps most galling about the Royal Mail sell-off, and indeed the privatisation process in general, is the disingenuousness of the propaganda surrounding it. By plying a tiny portion of the public with dirty blood money in the form of shareholdings the government can window-dress the gutting of a valued public asset as something collectively beneficial: the state coffers receive a much needed boost of a couple of billion pounds, while you, the Great British public, get to play at being Gordon Gekko for a while, albeit a much fatter, stupider and uglier one.

Most people though don’t have the money spare to buy into the scheme; the minimum value of shares investors could apply to buy before applications closed on Tuesday 8th October was £750. While no one could claim that the scheme wasn’t popular – 730,000 Tory shills corporate lackeys Nazi collaborators people applied for shares – the length of the queues currently snaking out of food banks, job centres and pay-day loan offices across the nation bear testament to the swathes of the population who couldn’t dream of fronting that kind of cash, many of whom will no doubt make up much of the zero hour contracted, low wage workforce of whichever private conglomerate acquires Royal Mail.

Business Secretary Vince Cable –who as a Liberal Democrat front bencher should, on principle alone, be taken about as seriously as Mr Blobby and jeered out of every room he enters – has emphasised that those who applied for £10,000 worth of shares (about 34,500 spivs) have received none at all, a move supposedly designed to block out wealthier investors already fat from the stock market goose in favour of smaller, more lower-middle-class traitors ones. It all sounds very inclusive and empowering and “for the people”, except only 33% of the 60% of Royal Mail stock was allocated to these small investors, the other 67% was reserved for pension funds and “institutional investors” which, for those that don’t know, is a collective euphemism for banks, hedge funds and other widely reviled twatinariums.