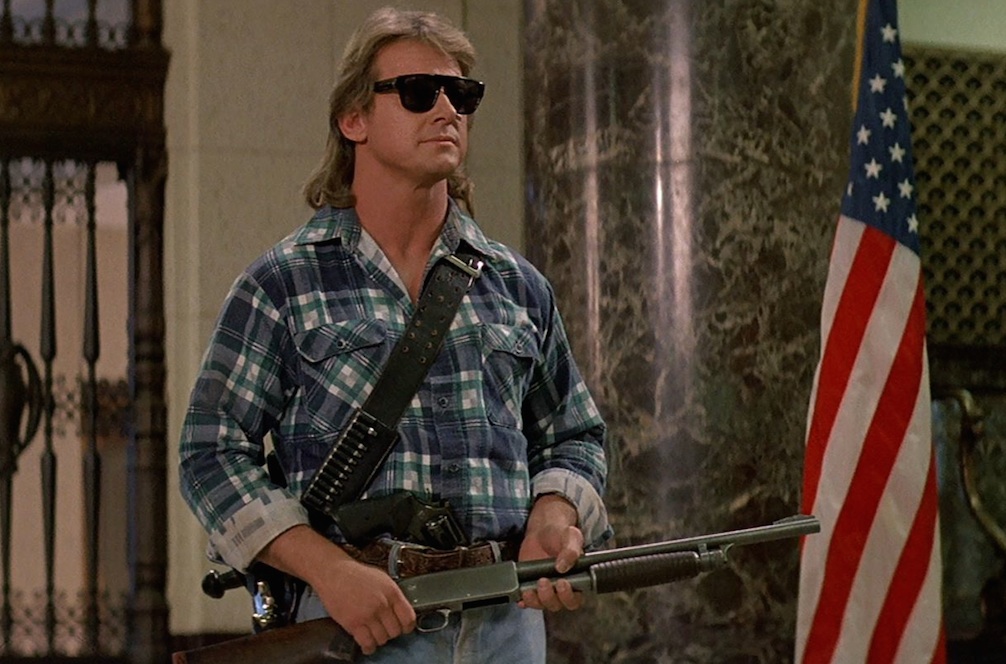 You probably heard that Rowdy Roddy Piper died in his sleep at the age of 61 over the weekend.

We didn’t post anything about it at the time, but this is our chance now to pay our respects to one of the greatest talkers and wrestlers in the business by sharing his absolutely spectacular fight scene from the classic 1988 John Carpenter movie They Live. If you haven’t seen They Live then it’s almost impossible to do it justice in text, but it basically revolves around Rowdy Roddy Piper finding some special sunglasses that expose the aliens that have taken over the world and then him kicking their asses.

The whole thing is your typical 80s movie but it’s unbelievably awesome and features some of the best one liners I have ever heard – many of them were later copied for Duke Nukem 3D including the iconic ‘I came here to kick ass and chew bubble gum, but I’m all out of gum.’

This fight scene is in keeping with the rest of the movie in that it’s completely ridiculous as Piper picks a fight with Keith David because David refuses to put the sunglasses on for some reason. They then proceed to kick the crap out of each other for six minutes in one of the dumbest fights I’ve ever seen – it even involves some wrestling moves like a back body drop and a suplex, I suppose to add extra realism to the fight. Hmmm.

Anyway, they don’t make them like this anymore and it seems like a fitting tribute to Piper following his unfortunate death. RIP Hot Rod – let’s hope the other top wrestling villains of all time don’t meet the same fate any time soon as well.