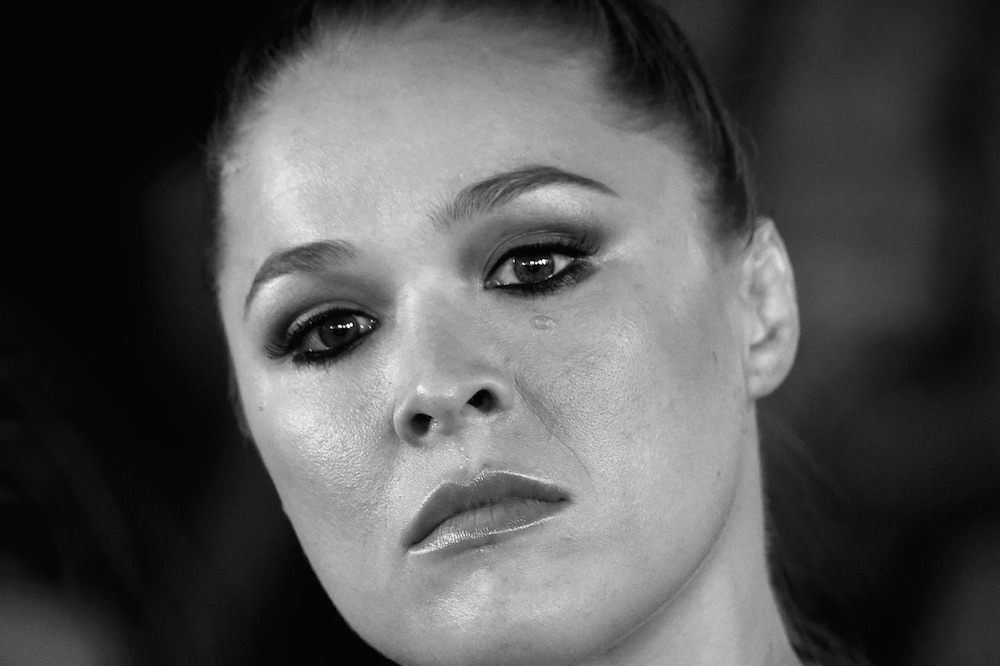 An Australian news team flew over from Perth to interview Ronda Rousey about the new EA Sports game UFC 2, but were surprised to learn that they weren’t allowed to ask her any questions about fighting.

As you can see in the short segment below, one of Ronda’s PR guys explains to the interviewer Mike Amor that if he mentioned fighting during the interview than Ronda would walk out. Naturally Amor found this fairly ridiculous – comparing it to interviewing a basketball player and not being allowed to ask about basketball – but he had to tow the line and do that in order to get the interview, ending up asking her loads of questions about Australia instead that nobody really cared about:

Hmm. Whilst it isn’t exactly strange for PR people to direct interviewers into talking about a specific subject in their segment to ensure the focus remains on what they’re supposed to be promoting, it is kind of weird that the dude would completely shut down Amor from asking about fighting at all. Especially to the point that Ronda would walk out if he did.

I guess this goes to show that Ronda is still hurting over her loss to Holly Holm – especially after she admitted she was suicidal during her last interview on the subject – and that maybe her future does lie away from UFC, which she hints at in this interview. Surely she’s gonna have a crack at Holly though before she throws in the towel?