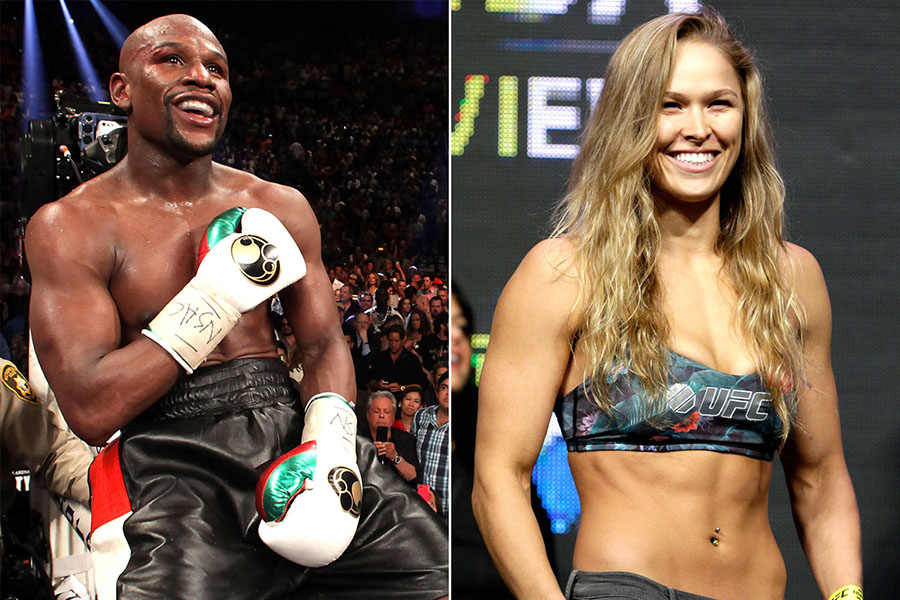 Floyd Mayweather claims he has no idea who Ronda Rousey is, which would probably make her even more determined to murder him if they ever face off against each other one day. Is an actual fight between them a possibility though? Here’s Ronda’s take on it:

That was pretty much the most perfect answer she could give. A cute girly joke which also serves as a sneaky diss to Mayweather’s woman-beating history. All said with a big smile from a person you know can murder you in an instant. I know these two would never actually fight but the more people entertain the idea, the more we want to see it go down.