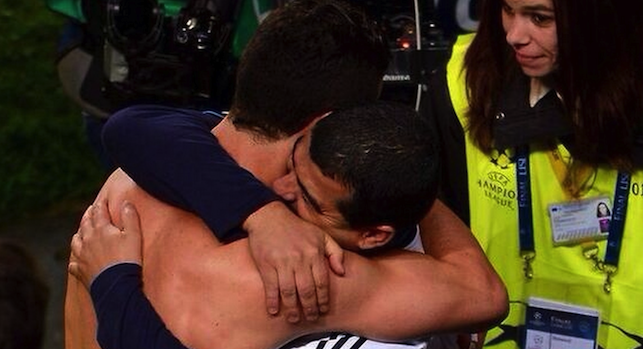 Turns out the story we published the other day was bullshit, but this one might be even better.

OK, so like a few other sites we got a bit caught up with the Albert Fantrau Cristiano Ronaldo story that surfaced following the Champion’s league final on Saturday, although in fairness to us we did say we had strong doubts as to whether it was true but just really hoped it was because it really hammered home just how great friendship can be. Unfortunately, it turned out to be complete bullshit.

However, the actual story might actually be better in some ways – although it focuses more on family/brothers rather than friendship. It turns out – as many of you corrected us by saying – that the man that was hugging Ronaldo and got him down from the crowd was Ronaldo’s brother Hugo Aveiro, who also suffers from alcoholism which is the condition that was responsible for the death of Ronaldo’s father some years ago.

It turns out that Ronaldo and his brother made a pact sometime along the way that if Ronaldo won the Champion’s League with Real Madrid then his brother would finally make the effort to get clean and stop drinking, and this is exactly what Ronaldo was saying to him when he got him down from the crowd on Saturday: ‘I fulfilled my part of the pact, I won the Champion’s League, so now you do yours: stop drinking.’

You can see a video of the emotional moment below:

â˜› More Alcoholics: The World According To Alcohol Consumption