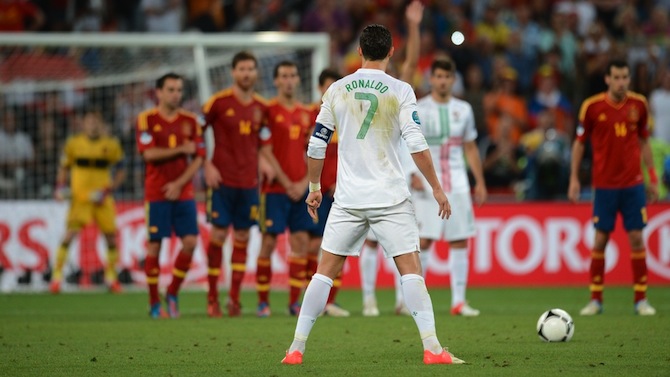 A wayward free kick from Ronaldo left this kid with his wrist broken in two places.

Ruthless bunch this Real Madrid lot. Earlier in the week they destroyed Bournemouth 6-0 in a friendly and now we find out that Cristiano Ronaldo broke one of their supporters’ wrists with a wayward free kick.

You can sort of see the kid keel over in pain in the video, but it only transpired later that the schoolboy actually broke his wrist in two places.

The kid said, “I could see the ball coming towards me. It curled past the post and was going to hit my face — so I had to block it with my hand. My dad was sat next to me and ducked out of the way so I took the full force.”

Real Madrid were paid £750,000 to play in Bournemouth. The lad got a signed Ronaldo Real Madrid shirt for his troubles.