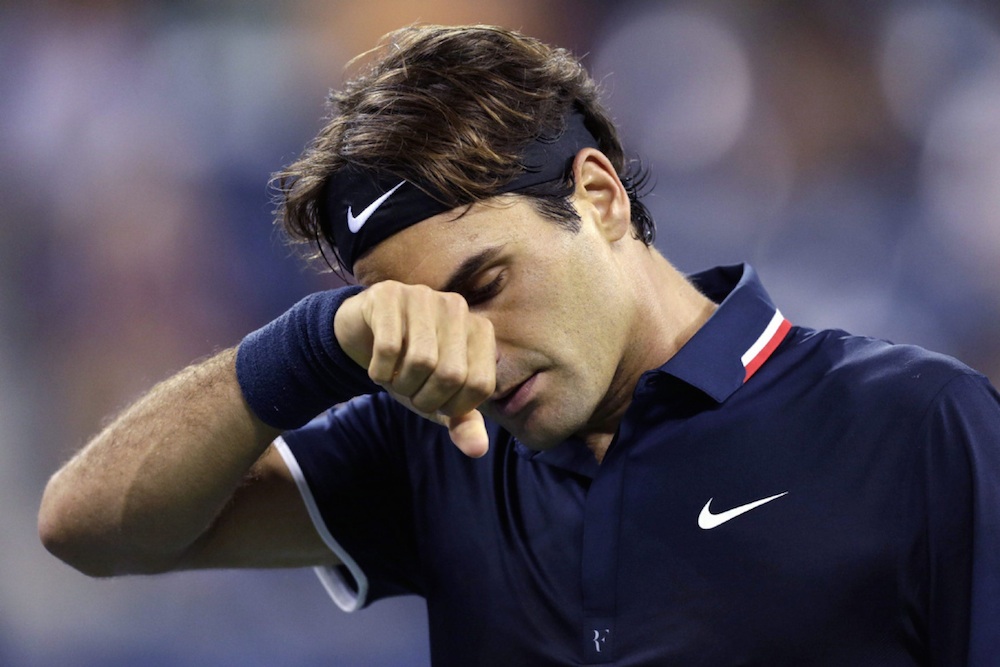 Watch this little kid show the master how it’s done.

Everyone knows that Roger Federer is a ridiculously sick tennis player, and he is still making people look stupid on the tennis court despite being older than Andy Murray and all the other wannabes. I mean, even if you don’t like tennis you can appreciate how impressive winning Wimbledon 7 times is, right?

However, this time it was Federer’s turn to look stupid, as during an exhibition match against Grigor Dimitrov a kid stepped up to play a point against him and pulled off a flawless lob, leaving Federer stranded on the service line with nothing left to do apart from reflect and soak up the embarrassment. To make it even worse it looks like the kid is donning jeans and a hoodie. Not a single toss given.

Massive props to this kid for pulling this off, just imagine what it would be like to show up someone who is widely regarded as the best tennis player of all time, especially at the tender age of 10 or however old he is. To be fair Federer takes it well and doesn’t act like a prick, not that that you would expect him to considering everyone knows he’s the safest guy around.