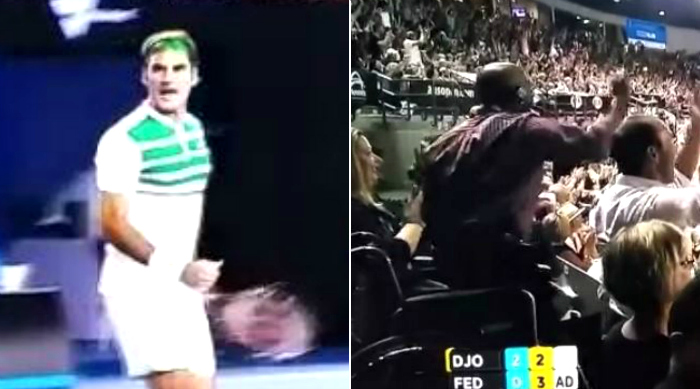 Jesus was right – miracles do happen.

After falling short in the first two sets of the Australian Open semi-final against Novak Djokovic, Roger Federer went all-out to take the third set 6-3.

At one point he nailed such an incredible shot that some dude in a wheelchair actually stood up to go nuts with the rest  of the crowd.

Sensational shot from @rogerfederer in #AusOpen is this the way back? https://t.co/mtvutm67r9

It’s a miracle, surely? Not only that but it also solidifies Roger Federer as the greatest tennis player who ever lived, even ahead of all the other all-time greats (unfortunately I can’t list any because I don’t watch tennis). Name one other tennis player who ever cured a guy in a wheelchair by playing tennis. Exactly — you can’t.

So Federer has something on his CV now that no other tennis player can touch. He may have lost the game to Novak but I don’t see Novak curing paralysis out there. Blatantly getting some solid advertising deals out of this one.

P.S. Remember the tennis player who got penalised for shouting “son of a biscuit?” Classic.