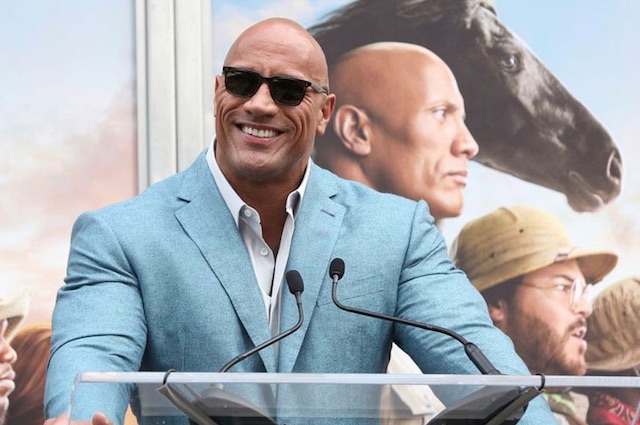 If you smell what The Rock is cookin’.

There’s been a movement for The Rock to run for President for a very long time now and the guy even makes fun of it himself in his new television show ‘Young Rock’, but after a recent poll showed that 49% fo Americans would be happy with the idea of Dwayne Johnson as President, it looks like the People’s Champion might actually now be considering it.

So far so good. He then doubled down on these sentiments when he was interviewed over the weekend for ‘Sunday Today’ with Willie Geist on NBC. When asked if politics was something that he was still interested in pursuing, The Rock replied as follows:

So, I do have that goal to unite our country and I also feel that if this is what the people want, then I will do that. I am passionate that our country is united.

A united country, as we know, it when it’s at its strongest and I want to see that for our country.

Wow. That really does sound like he’s going to make a run for it doesn’t it? And to be honest the guy is so charismatic and likeable and popular, it seems to me like he would probably win by a landslide regardless of who he was going up against.

Mainly I just want him to make a go at it though so that when there’s a presidential debate the other candidate can say something and just get shut down with a ‘IT DOESN’T MATTER WHAT YOU THINK!’ somewhere along the race. You know it’s gotta happen at some point. Think of the memes.

For more of the same, check out this video of The Rock’s greatest insults. Sensational.