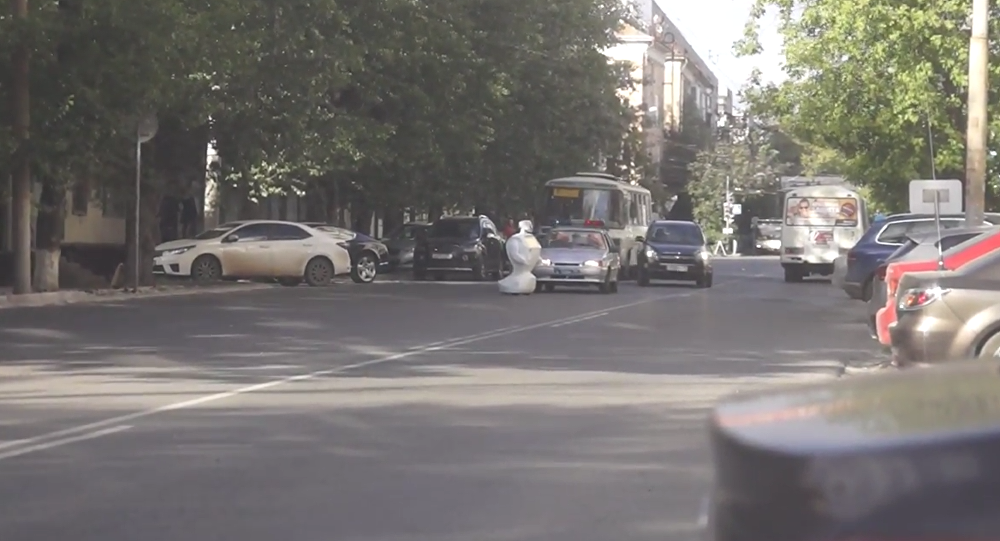 It seems anytime we write about robots and the future we’re always given reason to reiterate the same thing – that the nerds building these things have no idea what they’re getting us all into.

Over in Russia this week one crafty robot was able to escape from its research lab and make a dash for freedom.

Unfortunately for the robot, named Promobot, it stopped on a nearby street 164 feet away after its battery ran out.

Apparently the robot was being taught to move on its own when a worker accidentally left a gate open.

Who knows what could have happened if this robot’s battery was fully charged? Was probably on its way to hook up with Google’s Atlas robot (which is terrifying btw) and Microsoft’s racist social media robot to plot the inevitable robot takeover.

According to the company, the robot is designed to talk to people, help them with navigation and answer questions. Yeah right. Further we keep these fuckers away from each other, the better.