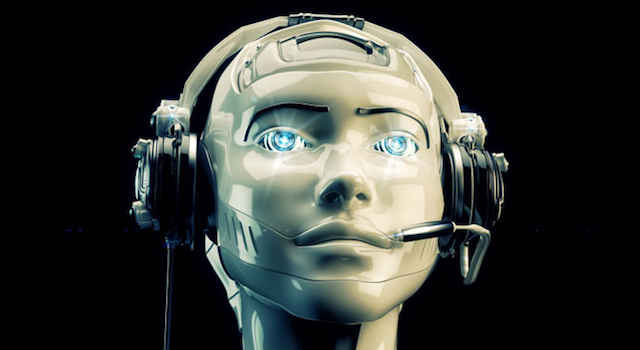 Robot callers are actually so sophisticated now that they can deny that they’re robots, and that’s pretty scary.

I don’t usually even bother answering my phone if I don’t recognise the number as it’s nearly always someone asking me to buy something and sometimes it’s even an annoying robot trying to sell me something. Usually robots are just recordings that play one long script, but it seems like they’re becoming more intelligent if this latest report is anything to go by.

Last week one such robot phoned up a TIME journalist called Michael Scherer who decided to have some fun with and record the conversation, and repeatedly ask the robot if it was, in actual fact, a robot or a real person. When asked this, the robot would just laugh and reply with a line something like ‘I am a real person, can you hear me OK?’ When Scherer asks her if she can say ‘no I’m not a robot’ though she steadfastly refuses which is a pretty big indicator that she is in fact a robot.

The weird thing about it is that she does sound kind of like a real person as she has several different replies to trigger words and also has a laugh that seems kind of natural. As such, I’m not sure if I would have figured out she was a robot as quickly as Scherer did, and it’s only because she doesn’t give the correct responses to questions that you would never normally ask someone who was trying to sell you health insurance, like ‘what day of the week was it yesterday?’ and ‘what vegetable do you find in tomato soup?’