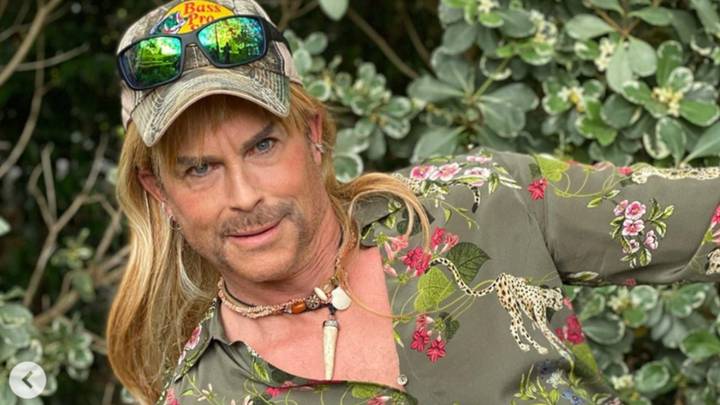 This would be good.

It seems like all everyone can talk about at the moment is ‘Tiger King’ and Coronavirus, so it’s no surprise that the big shots in Hollywood are all talking on Zoom and figuring out how they can make some money off either of them.

The latest word on the street is that none other than Rob Lowe and ‘American Horror Story’ creator Ryan Murphy are looking to team up to develop a project on Joe Exotic, presumably called something like ‘American Tiger Story’. Rob Lowe himself broke the news on his own Instagram account with a picture of him dressed up as Joe Exotic:

Rob Exotic. UPDATE: Ryan Murphy and I will be developing our version of this insane story. Stay tuned!

Certainly looks the part and it seems like anyone who’s anyone is pumped about it as well, with Gwyneth Paltrow and Chris Pratt both leaving comments expressing their elation at the news.

To be fair, they will probably both smash it out of the park, but you’ve really gotta question whether people are actually going to care about Joe Exotic when it actually gets shown on television, which you’ve gotta think will be at least 18 months down the line, if not longer. Surely all the buzz will have died down by then and Joe Exotic will just be a weird memory of the strangest time of your life. We don’t really wanna relive all this again down the line do we?

For more Tiger King, get our exclusive Joe Exotic t shirt here. One of a kind.