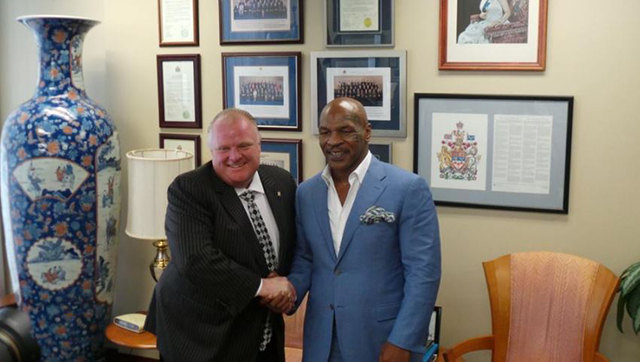 We would love to be a fly on the wall for this one.

Not sure we’ve ever been more excited about a blossoming friendship than we are right now, because Rob Ford and Mike Tyson just met for the first time and it looks like they got along swimmingly (no surprise there).

Tyson and Ford chilled for over 40 minutes in the mayor’s city hall and were thankfully supervised throughout the whole thing, because there’s no way these two wouldn’t cause complete and utter chaos if they were left alone together for more than 2 minutes.

When they emerged from their meeting, Tyson called Ford “the best mayor in Toronto’s history”. Huge honour considering all the all time great Toronto mayors (shrug). 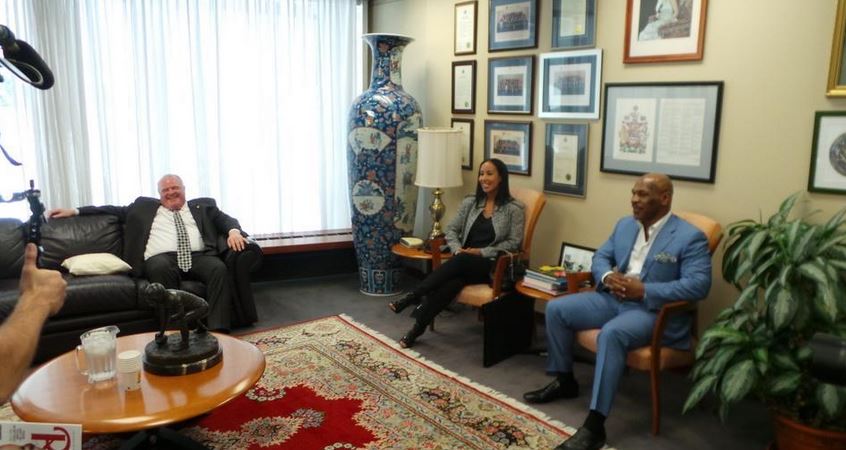 We’re cut from the same cloth. There’s no nonsense. I respect him.

We can’t even begin to imagine the stories these two were telling each other in that room, but chances are they included the time Tyson saw Rick James bitch slap Carlton from Fresh Prince. Bet Ford had Tyson rolling on the floor with his Jamaican accent as well. Love it.