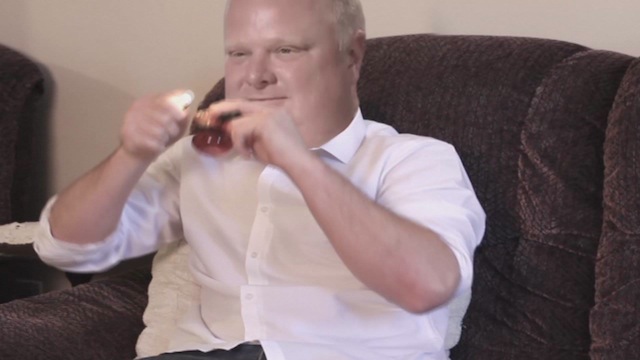 After months of speculation, today Toronto mayor Rob Ford has finally admitted to smoking crack cocaine after the police say they have found a video of him smoking it.

This story has been going on for a couple of months now, and originally broke when someone from Gawker got an anonymous tip off from a drug dealer in Canada who claimed to have a video of Toronto mayor Rob Ford smoking crack. The guy from Gawker said that he went up there and saw the video on someone’s smart phone, but obviously without the video online nobody really cared that much so I didn’t bother featuring it on Sick Chirpse. Rob Ford, obviously, had always denied the story.

That all changed a couple of days ago though when the Toronto police claimed that they had the video of Rob Ford in their possession, as it had been recovered as evidence as part of another police investigation called Project Traveler which investigated gangs and guns in Toronto and led to mass arrests. These included Ford’s driver and childhood friend Alexandro Lisi. It’s also worth noting that throughout his tenure Ford has been criticised for some of the company he keeps – including his old childhood friends – and that it has long been suspected that these are the people who smokes up with.

Although they hadn’t actually released the tape, their admission to the press obviously made Rob Ford feel a little hot under the collar as he came out with this statement yesterday at City Hall where he admitted that he probably had smoked crack cocaine whilst ‘under a drunken stupor’.

Er what? Is that any better than smoking it when sober or is it arguably way worse? He said he had lied to reporters when previously questioned about it because he didn’t remember doing it and didn’t think there was a tape as he couldn’t recall one being made. Jesus Christ – as far as bad excuses goes that’s probably got to be one of the worst ever: ‘er yeah I was so wasted I didn’t remember it happening, then I went into City Hall and passed some bills and tried to run the city’.

Needless to say most Canadians and other members of the Toronto government are calling for Ford to step down but he’s standing tall and trying to weather the storm. We’ll see how that goes but you would probably get good money on Ford sucking on that crack pipe again in a year or so, only this time being homeless after he’s been deposed from government and lost all his money.