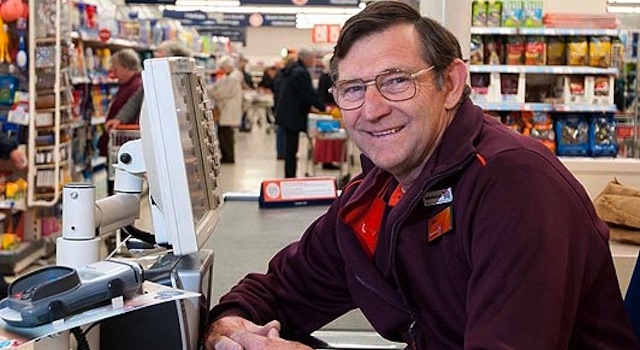 “Place your items into the bagging area”

You read that sentence in her voice didn’t you? You know her, she’s well mannered, she has the ability to make you look like an idiot when you don’t listen to her, she doesn’t tell you about her four cats every time you buy cat food, she’s flat chested, she doesn’t join a union and she doesn’t get paid.

â˜› Watch This Next: Russian Robot On The Run 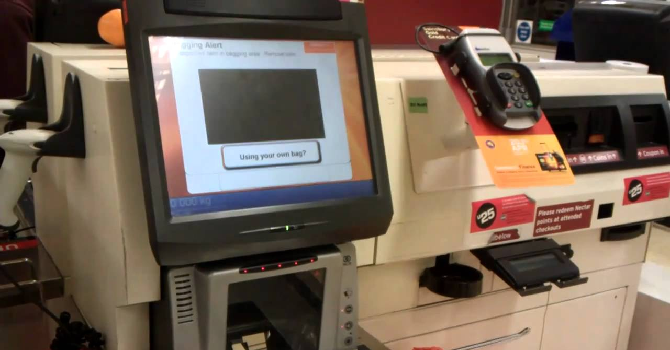 She is the self service robot.

I went into a Sainsburys this morning and of the 20+ tills in a long row, only one of them was occupied by a grey haired fragile looking lady. There were two people stood in the queue being served by her, I took my place behind them.

Right next to the exit however, there were 12 Super-Scanner-3000s awaiting the droves of humans to scan and weigh their goods, licking their lips in anticipation of the subtle flavours of chip and pin cards and £5 notes. Their placement intended on encouraging people to believe that this method of paying for your goods is convenient and quick, in comparison to the solitary elderly lady several more meters away from the exit, who could argue?

â˜› Next: Robot Does A Perfect Quadruple Back Flip

The thing is, most of the time, these things aren’t quicker, they’re slower. They simply seem quicker because you are doing all of the labour yourself, instead of standing there with your debt ridden, pressed plastic bank key in one hand, and your Nectar card in the other, slapping them together looking forward to that fortunate moment where you don’t have to be doing nothing and can instead be doing anything but waiting for the world to end.

What has dawned on me is that for the first time ever, the rise of the robots isn’t laziness, I mean, you’re actually putting in more effort by using the robots; you’re scanning, bagging and keying in all of the goods yourself. The reason appears to be that us Brits fucking hate talking to strangers. With the sassy touch-screen she-demon you don’t need to make eye contact or feign a smile, pretending that you are enjoying handing your money to the fat cat corporate pigs for overpriced goods.

Not to mention the fact that you are buying everything that you plan to consume and Doris behind the checkout is probably judging your diet and is most likely thinking that those tights your girlfriend asked you to pick up are actually for your sordid sex parties, and who needs that judgemental bitch Doris eyeing up all of your purchases? Fuck you Doris, I’m going to the nice robot lady. She does’t care if I’ve bought approximately 0 vegetables and enough cheese to kill a wild boar. 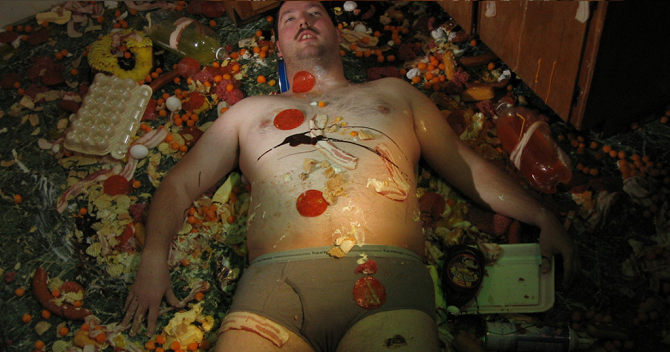 There are more and more of them in supermarkets (and mini-markets) and more robots means less workers. This might not seem like a real problem, I mean who wants to work on a till anyway? It’s something that some people wouldn’t be seen dead doing, it’s at the bottom of the job barrel. But taking away these unskilled jobs and replacing them with robots will mean that there is less employment for actual human beings, it’s pretty straightforward.

â˜› Next: 7 Characters That Work In Every Shop

More people without jobs means less spending and more debt, so the next time you go to a supermarket, put up with judgemental Doris and fuck off the soulless receipt dispenser, or better yet, go to a proper market and give the little guys your money, although we both know you’re not going to do that.

By the way, the guy in the featured image is Chris Old, he is still working at Sainsburys and 30 years ago he played cricket for England and actually helped us beat the Aussies 3-1 in the Ashes. If you ask him about it whilst buying your box wine and indigestion tablets, he’ll happily tell you anything you want to know.