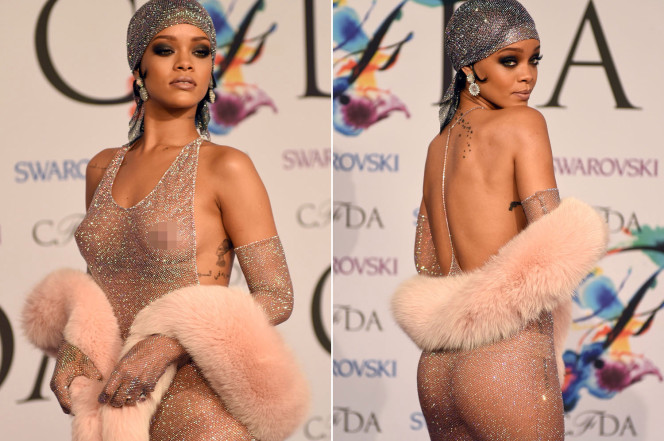 Rihanna always looks pretty good (to say the least) wherever she goes, but she reckons what she wore to some obscure event called the CFDA Awards (in 2014 no less) lacked a finishing touch.

So much in fact that she labelled it her only regret in life.

Could you imagine the CFDA dress with a bra? I would slice my throat. I already wanted to, for wearing a thong that wasn’t bedazzled. That’s the only regret I have in life. 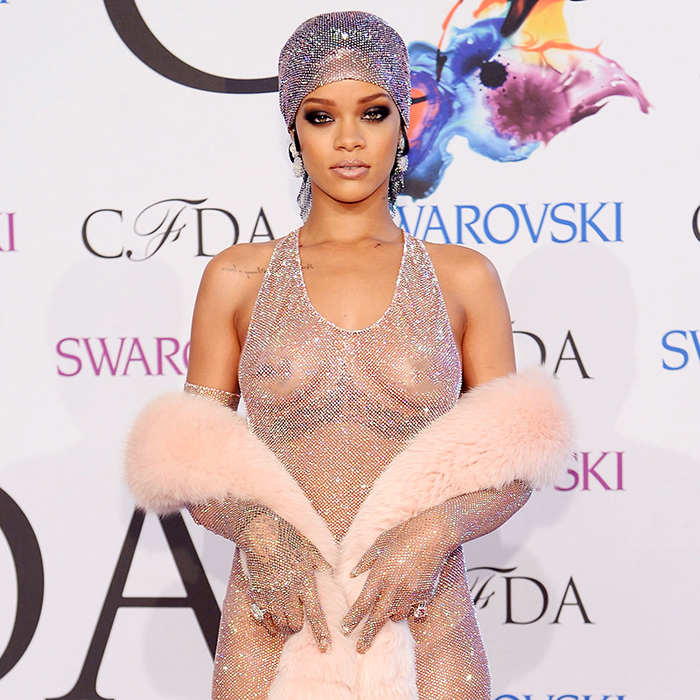 That’s exactly the sort of regret I thought Rihanna would have. I mean it’s not like she ever dated a woman-beating R&B singer who beat the shit out of her and made photos of her injuries Internet-famous then got them tattooed on his face or anything. But even if she had done that, you could argue it’s not as bad as not wearing a bedazzled thong. Rihanna should know better by now, especially with a bum like hers. Good on her for being so honest with herself. She’s totally right – not wearing a bedazzled thong is a terrible life decision for any person to make. Clean it up Rihanna.