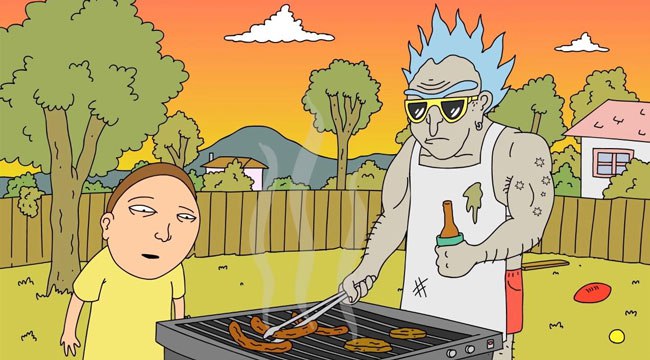 Strange even by their standards.

Rick And Morty is one of the funniest TV shows in recent memory and has deservedly amassed a cult following, but it seems like it’s still very much up in the air as to whether or not we’re going to see a fourth series of adventures between the two of them due to some kind off contract dispute between the creators and the network.

Nevertheless, Adult Swim have still managed to put out a special April Fool’s mini episode of the show. Well, kind of. For some reason even though it clearly features characters called Rick and Morty, the show is called Bushworld Adventures and seems to be set in a bizarre Australian version of reality where everything is slightly off compared to the real world of Rick And Morty that we’re used to.

The episode itself is completely off whack too, featuring murder, snakes, giant football fans, BBQs and a whole host of weird stuff too. It’s pretty messed up and disturbing, even by your usual Rick And Morty standards:

Told you it was weird right? But hey, I’m grateful for any Rick And Morty whilst we wait for season 4 to finally appear. Apparently that might not happen until late next year at the earliest, so hopefully we’ll get some more off centre episodes like this to tide us through until then. Fingers crossed.

For more Rick And Morty, check out this Rick and Morty virtual reality game. Decent.