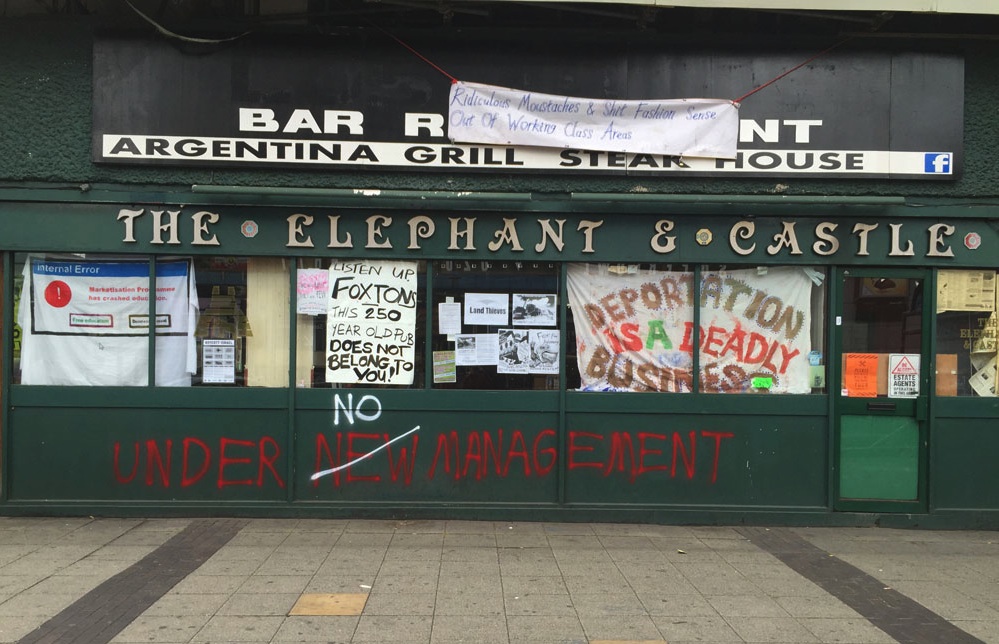 You can make a difference.

As you may or may not know, the Elephant & Castle pub on the corner of Newington Causeway and Old Kent Road in Elephant & Castle – strangely enough – closed down a short while ago after a punter found his head on the wrong end of a biro courtesy of another punter. Plans quickly surfaced to turn the 250 year old local mainstay into a Foxtons estate agent, which didn’t go down too well with the locals, seeing as the pub is a steadfast pillar of the community.

You only need to look at the recent history of the area to understand why this was the straw that broke the camel’s back. Southwark has had its fair share of housing issues and problems before this, with over 3,000 people being turfed out of their homes in the Heygate Estate gradually between 2007 and 2013. The majority of the residents had been moved out before their new homes – promised to them by the council – had even been built and the last of the residents were forcibly removed by bailiffs in November 2013. The emptying, demolition and redevelopment of the area is part of a behemoth £1.5billion scheme to reinvigorate the area with 2,500 homes. 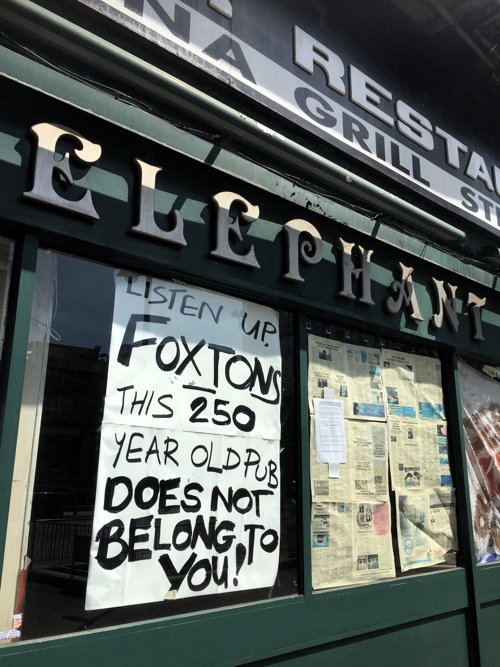 This is despite the fact that Southwark council managed to earn £91,000 in fees from the Heygate estate being used as a location in films such as World War Z and Harry Brown as well as being used in music videos by the likes of Madonna and David Guetta. Although that’s really nice for the artists and actors involved, I’m sure the 3,000 people that used to live there also felt all kinds of nostalgia as Brad Pitt’s shitty goatee sprinted past their old bedroom window. Though if I were them, I’d be pissed off at the fact that Madonna didn’t win any of the five VMA awards she was nominated for – I mean if Madonna can’t win just one award, then what was the point in all of these people having to move out?

With the locals finding themselves unhappy with the plans by the powers that be that will ensure property prices rise, they weren’t going to let them turn their beloved local into a Foxton. In order to prevent this from happening, several pretty organised squatters took it upon themselves to occupy the now closed pub, taking advantage of a legislative loophole that states police officers can not remove them from commercial property immediately. 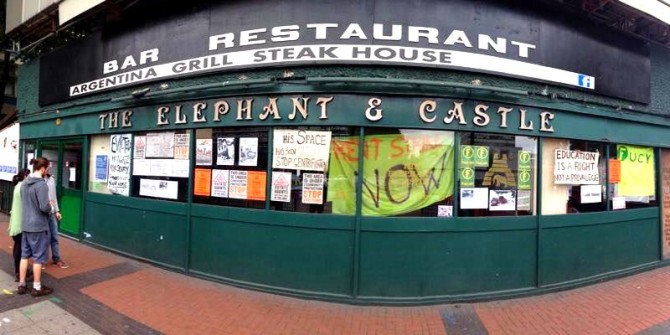 Since the occupation, the inside and outside of the pub have been adorned with a multitude of pro-community, anti-Foxtons slogans and the population has largely voiced its support of their actions. Thankfully, the cops didn’t enter the pub and taser any of the squatters like they did with this guy  either and they were left alone to carry out their protest in peace.

The residents of Southwark that I’ve spoken to have all expressed their dissatisfaction with the developments and rising prices of their rent, fearing that soon enough they will have to relocate to a cheaper area, leaving behind the borough they’ve called home for over thirty five years. The closure of the hub of most of their activity would have been the final nail in the coffin.

Continued on the next page…