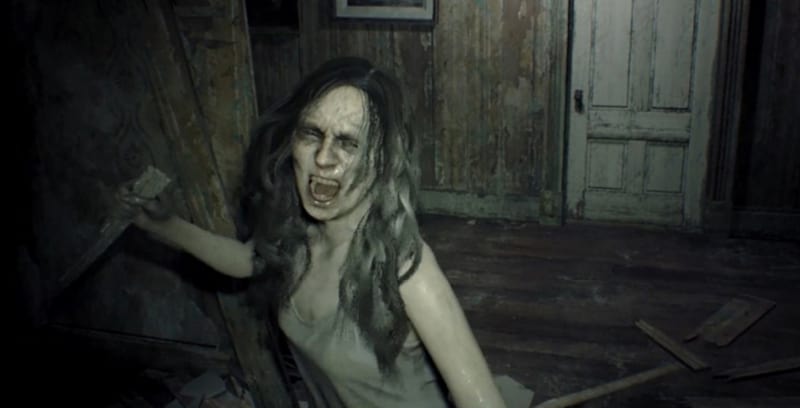 Didn’t think it could get any worse.

Resident Evil 7 blasted onto our screens a few weeks ago and is a refreshing return to form for the series, going back to basics and scaring the absolute shit out of you as you creep around a mansion trying to avoid getting murdered by a bunch of psychopaths.

Anyone who has played it will know that it’s absolutely terrifying and quite bloody/shocking, but it turns out that it was meant to be even more fucked up than it ended up. There are gonna be spoilers now so if you don’t want them then don’t read any more of this article.

OK, if you’re still here that’s cool. If you’ve played the game, then you’ll know at the start that you find your girlfriend in the mansion, except she’s gone mental and has super powers and is trying to kill you with a chainsaw. She shockingly gets pretty far in that respect, actually managing to cut off your hand whilst you’re engaged in fighting her, leaving you with just a bloody stump.

Originally though, this was meant to be way grosser and she was going to succeed in actually chopping off the lower half of your body. You would then have to crawl around the mansion with your entrails hanging out behind you before Jack put you back together. Whilst that does sound pretty gross and eye opening, the decision not to proceed with it was because Koshi Nakanishi – the director of the game – said that “bisecting the hero entirely was deemed a little extreme”. What a quote. I think I would have liked to have seen that version of the game though – maybe a director’s cut version will come out in a year or so?

For more Resident Evil 7, check out this supercut of all the terrifying scenes in it. Might wanna turn the light on for that.