This sauce measures between 7 – 9 million on the Scoville scale – excruciatingly hot.

Burger Off owner Nick Gambardella makes anyone who wants to try the burger, which contains sauce made from piri piri chillies, sign a waiver before tucking in and doesn’t sell to anyone under 18.

One reporter “lost the feeling in his hands, his legs were shaking and his eye rolled back in his head.” 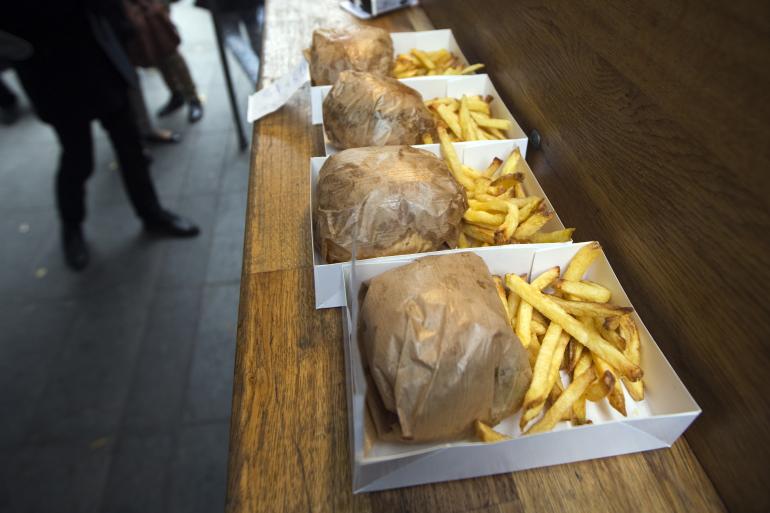 It was hard to walk. I need to drink milk to neutralise the burning, which was hard because I was hyperventilating so much my hands had seized up.

The chilli sauce inside the burger measures between seven and nine million on the Scoville scale, which measures spiciness. That’s hotter than police pepper spray which is between 500,000 to five million.

Here are a bunch of marines trying a sauce coming in at seven million on the Scoville scale: