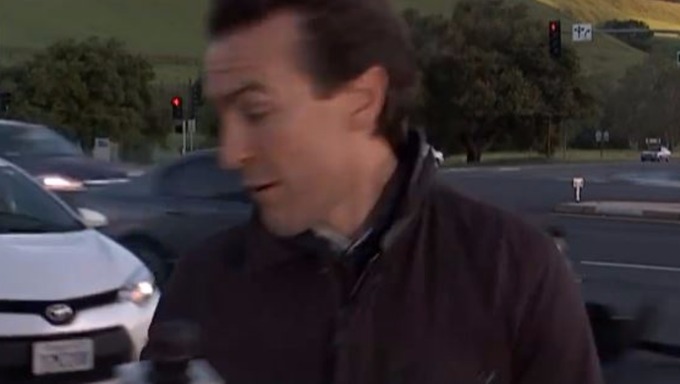 Lucky to be alive.

Reporter Alex Savidge and his cameraman Chip Vaughan were doing a live report near the location of a trail derailment the other morning, and somewhat ironically they had to jump out of the way when two cars smashed into each other and careered off into their direction.

Alex in particular avoided some serious damage when Chip gave him a shouted warning.

Definitely the best moment in Alex Savidge’s news career. Think anybody really cared about the trail derailment he was reporting on? Boring! But now that he nearly got run over and killed on live TV, he’s all over the Internet. Going viral in ways he never could have imagined. All publicity is good publicity especially when you nearly die.

Shame the reporter who got smashed in the head by a flying skateboard didn’t have similar reflexes.