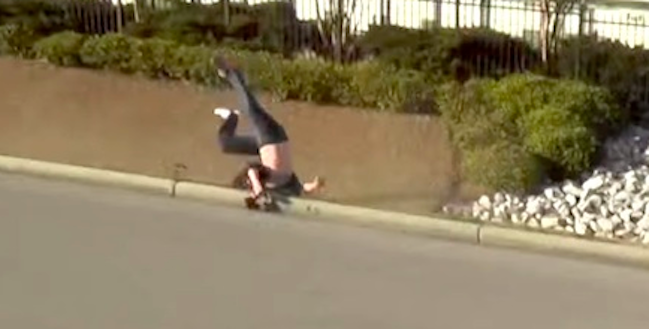 Is playing with a remote controlled car still cool when you’re 25?

Unfortunately, even though he’s 25 and should probably know better this guy seems like a complete idiot as he decides to ram the remote controlled car into his legs at a 100mph. You might not think that actually would hurt that much but man, the car fucking serves the guy and takes him the fuck out, knocking his shoe off in the process.You’re done son. Go to the hospital and receive about 10 staples to patch your leg up. Ouch.

When watching this video you’ve also got to watch out how bad the editing, camera angles and music is (and don’t get me started on all the slow motion they’re using), as it’s clearly desperately trying really hard to make remote controlled cars look really cool, but ultimately failing really really hard. Maybe next year boys.