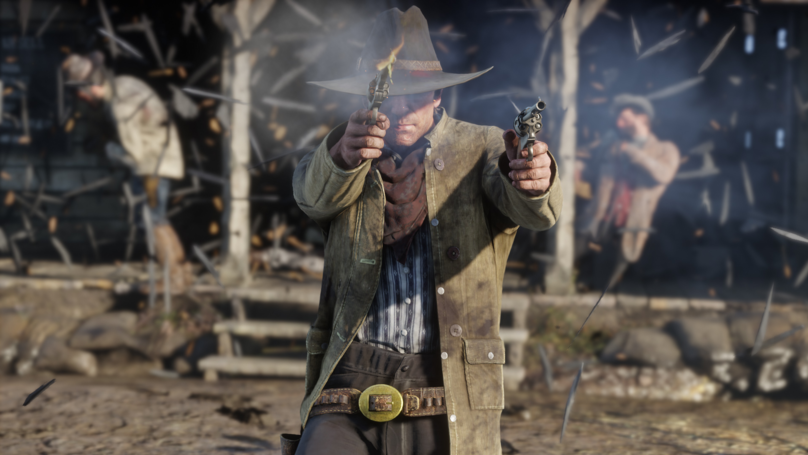 It’s fair to say that Red Dead Redemption 2 might be up there with the most anticipated video games of all time, and it’s also fair to say that it’s almost certainly not going to disappoint us either when it finally arrives on October 26th.

Rockstar have been teasing us with trailers and pictures for a while now, but they’ve finally released the first extended look at the game today and holy hell does it get me pumped as we follow the protagonist Arthur Morgan through swamps, deserts, forests, cities and mountains on his quest for redemption. He also participates in shootouts, bank robberies, train robberies and burning buildings.

Take a look at this and get seriously hyped:

OK, so you don’t exactly see much gameplay on that trailer but then you never do on video games trailers these days, and what you do see just makes you wanna put on that Stetson and start shooting people all over the Wild Wild West. October can’t come quick enough if you ask us.

If you wanna get even more hyped on Red Dead 2, then click here for some more info about it. Completely sick.