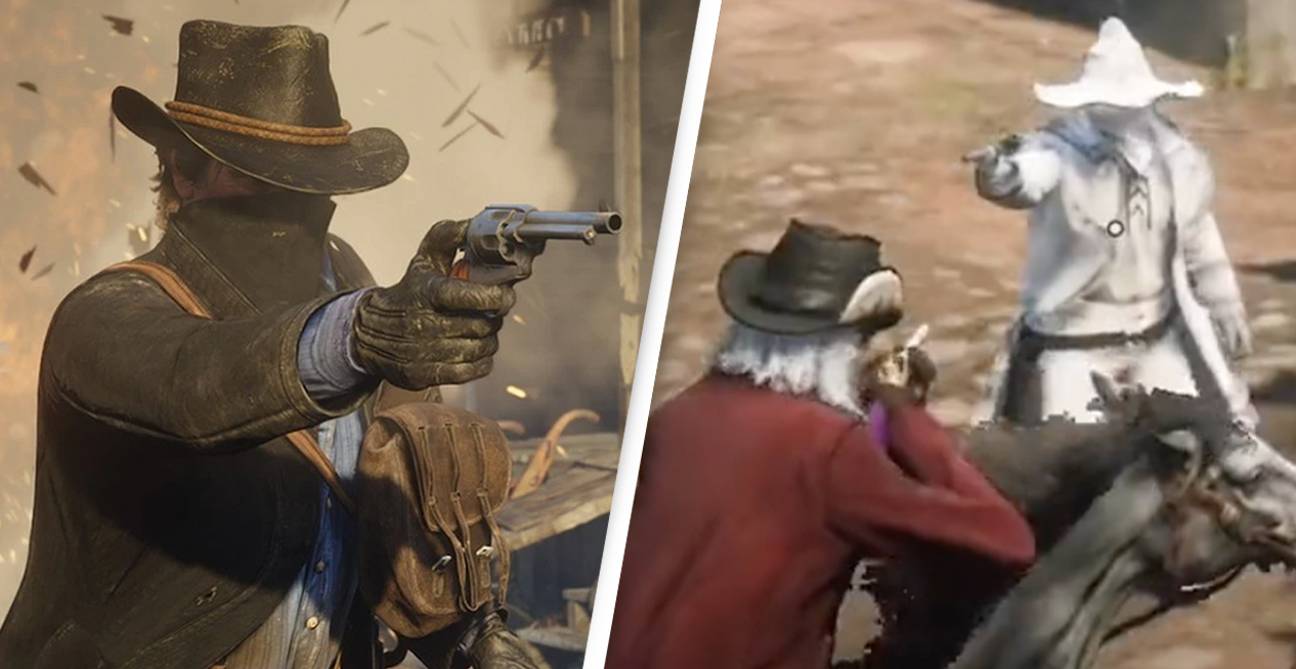 It’s been a hell of a long time since I’ve written anything about ‘Red Dead Redemption 2’ given that it came out almost three years ago and everyone finished it ages ago, but one user has come up with a nice new video series that is going down a storm on TikTok.

People have been playing the online version of ‘Red Dead Redemption 2’ for years now and getting involved in loads of little missions and gangs and shit, but it turns out that some people have decided to dress up in all white outfits so they look like members of the Ku Klux Klan. A guy named Yuhboi didn’t take too kindly to this development though and has decided to make it his mission to upload a bunch of videos of him tracking down these KKK members and brutally murdering them.

You absolutely love to see it:

Those videos are so fun aren’t they? Think my favourite is that last one where he blows his brains out and he falls down the waterfall but I also like the one where he just gets out his bow and arrow on the stairs as well. Hopefully we’ll see a lot more of them.

3 million people have viewed the first one and Yuhboi’s following has improved dramatically, so it seems safe to say that he’s probably going to keep doing this until none of them are left in the game. If only there was a way to get rid of the KKK in real life without all the murdering hey?

For more of the same, check out this story about a ‘Red Dead Redemption 2’ fan who got dumped because he called his girlfriend Sadie during sex. Lol.