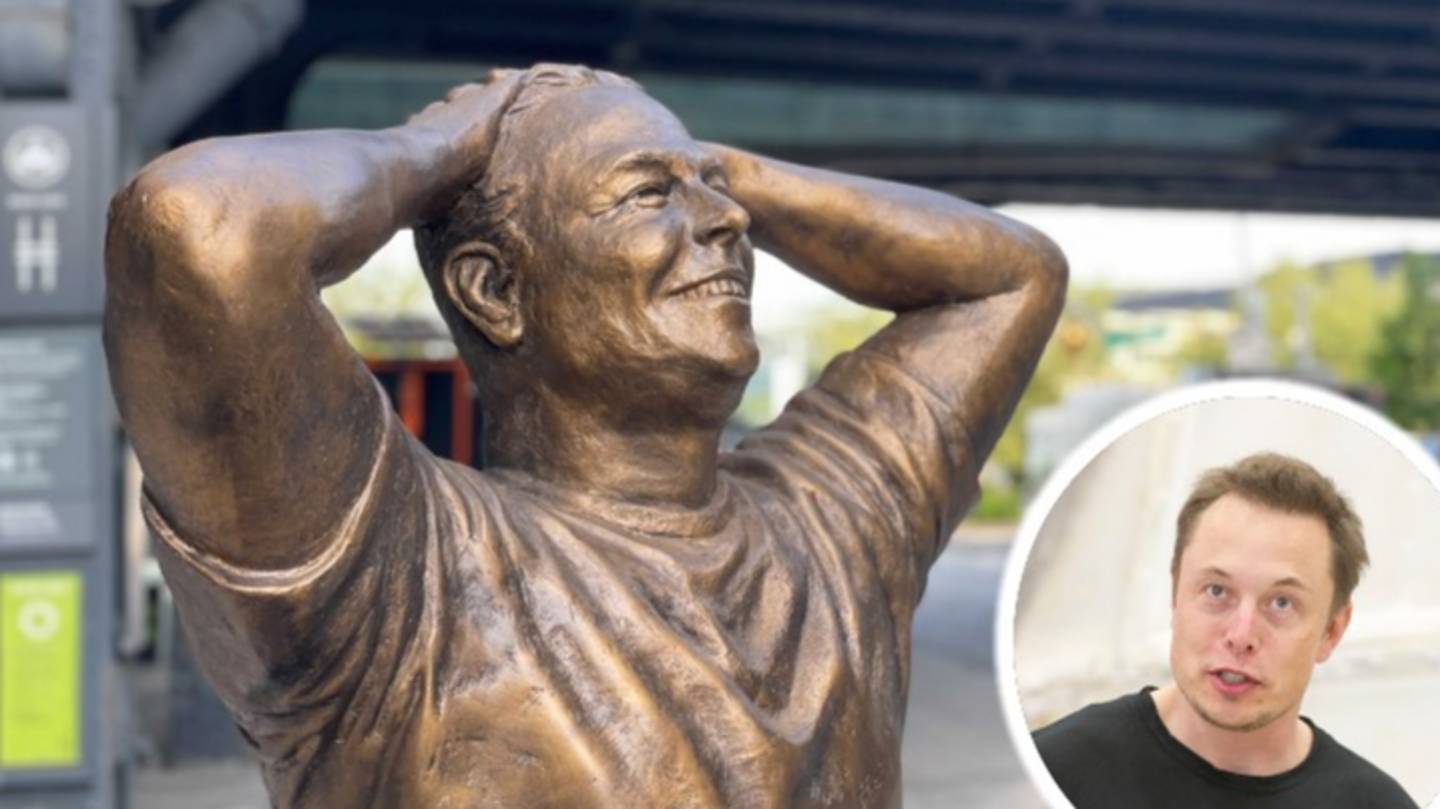 Everyone knows that Elon Musk is the richest man in the world – except some days when it’s Jeff Bezos – but I’m not sure if that means that he needs a life sized statue of himself unveiled in New York for his 50th birthday. Although I suppose the guy literally has everything he could ever want, so this is something that’s maybe a bit new for him.

Anyway, regardless of whether or not you think he needs/deserves a statue, we can all probably agree that this monstrosity probably didn’t need to be made whatsoever because it doesn’t even really look like the guy. The statute is situated on 14th street and the High Line stairs and was stuck on Twitter today with everyone on the platform letting the world know how they felt about it:

I’m gonna piss on it.

Reminds me of this pic.twitter.com/IWNtigivv0

The worst statue ive ever seen for one of the worst people alive. Perfect.

Wow thanks a giant ugly statue no one asked for

Even the statue is trying to cover up his bald spot. pic.twitter.com/hGa2SNkXxa

hideous statue that looks nothing like him and shouldn’t exist

Lol why don’t you tell us how you really feel? I think what everyone’s saying is right though, the statue sucks, it doesn’t even look like him, is a really weird pose and doesn’t really add anything to the environment, especially as it’s in the middle of a really nice part of New York City. Some people are predicting that it will be destroyed by the end of the week and to be honest I’m hoping I’m writing an article about that happening. Someone over in New York help me out.

On another note, I don’t really know why rich people are so intent on getting completely awful statues of themselves made. Don’t they approve these things before they’re built? What’s going through their heads with this crap?

For more of the same, check out Elon Musk wiring up a monkey’s brain to play video games. Great work.