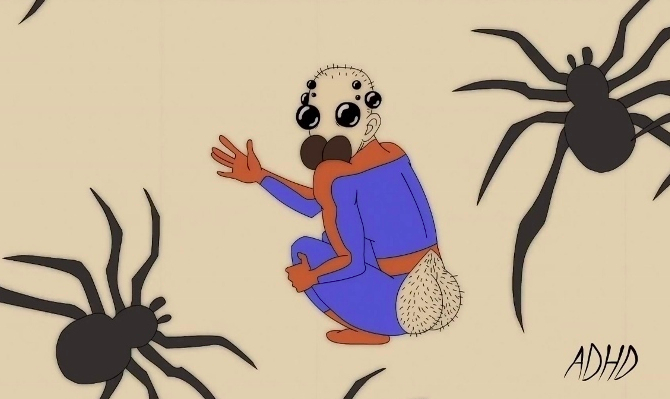 Ever wondered what Spiderman would look like if he was real? Well, this video shows you. Diehard nerds – prepare yourselves.

I’ve never really got the whole superhero thing. I mean, it’s okay I guess when you’re like 6 years old and haven’t got anything better to do than sleep, wake up, suck on your mother’s tits, eat cereal, go to school, sleep, get escorted home by your parents/gran/paedo neighbour, watch cartoons and films with superheroes in them, then sleep again, because you’re 6 years old, a child, and don’t really know what’s going on with the world and will watch any shit to pass your sorry existence into tomorrow and the next day and the next day and the next day until you’re old enough to grow pubes and mature enough so that you don’t find superheroes appealing anymore and learn to do something worthwhile like learning to play the oboe and watch smut instead of watching a guy in fancy dress with a weird voice prance around the city, saving members of the public from impossible situations.

Saying that, I didn’t even watch superheroes stuff when I was 6. Shit childhood, see. A childhood that’s bled into my adult years. The first time I watched superheroes was when I was about 15 and I watched one of the Spiderman films with a group of people I used to know and I couldn’t understand why these genre of films was so popular with the masses.

Seriously, can anyone tell me why they have an everlasting appeal? Has the whole world got a fetish for stupid costumes and for pretending they’re a pubeless 6-year-old again? I got through about half of the film before realising one of my shoelaces was broken and I left the cinema because I really needed to buy another lace before the shops shut (the film was shit). I tried to watch The Dark Knight, as I thought I’d give the superheroes another go, but that was just as bad – if not worse – than Spiderman and I couldn’t tell if it was supposed to be funny or not but whenever I guffawed at Christian Bale mincing around in that fucking suit, people would turn around and glance at me as if I’d just shit in their baby’s mouth and the film got boring when the popcorn ended so instead of sleeping in the cinema, I left and slept in my bed instead.

So, yeah, I’m not a fan of superheroes and everything that goes with it. Just don’t get it at all. Coupla my mates like the stuff and they’ve tried to explain it all to me and what they see in it but I’d rather be the bumboy in a prison than watch that bollocks again. And that’s why I found this so funny.

If you’ve ever wondered what superheroes would really look like – if they were real, because they’re not – then they’d obviously look nothing like they’re portrayed to the 6 year olds around the world. No shiny suits, no awesome cars, no shagging the fit girl, no webs shooting from the palms of their hands. They’re be ugly creatures, recluses and hated by society. And this video shows the real Spiderman. If there’s any diehard nerds reading this, take some valium and kiss your mother, make sure you’re really calm because this might ruin the 6 year old bubble you’ve formed around yourself.