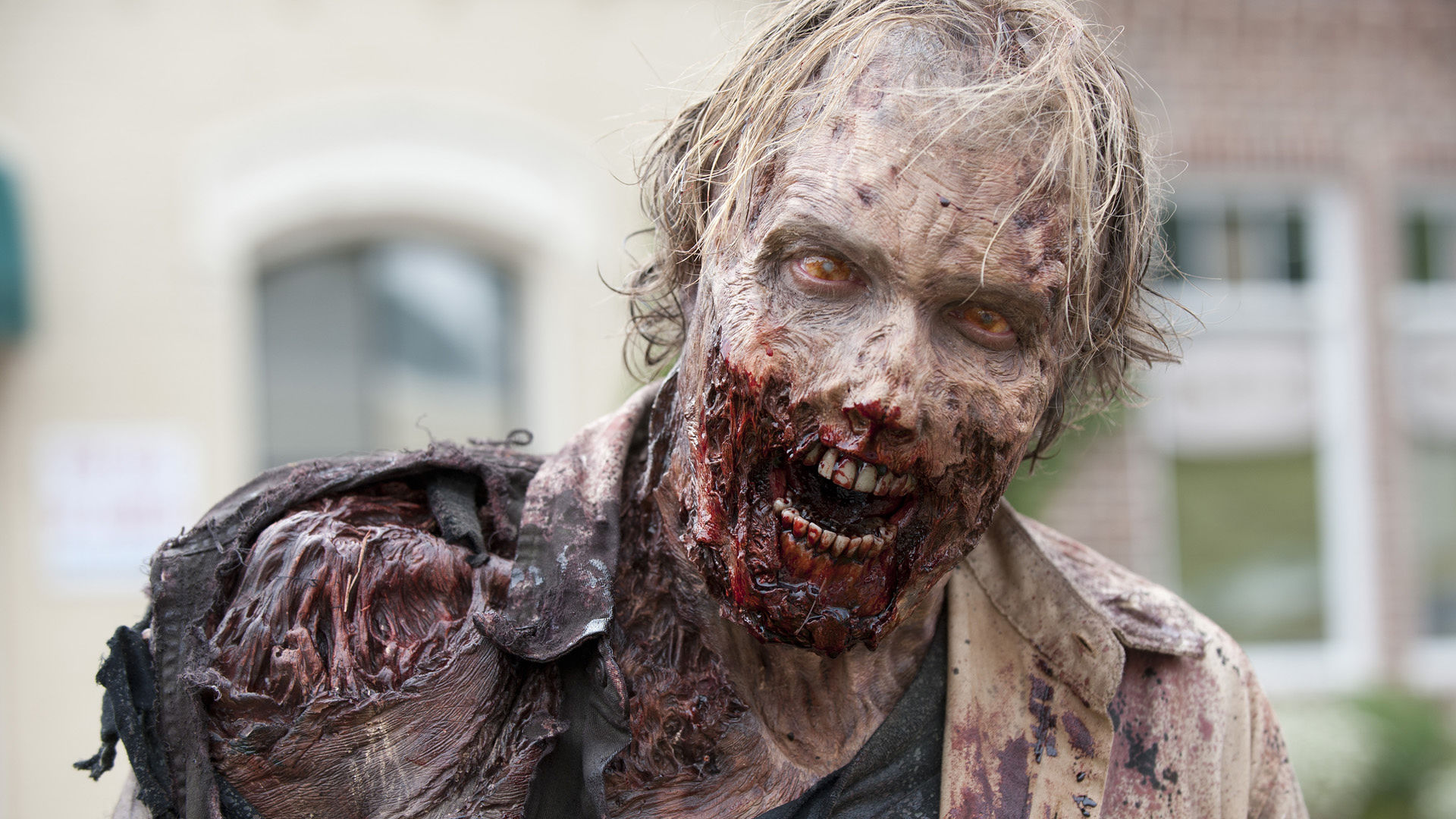 Prepare for the zombie apocalypse.

There’s a big money in scaring the crap out of people via zombies or vampires or whatever and the latest version of this is an old haunted zombie ship off the coast of Holyhead in North Wales.

Zombie Infection proudly proclaim themselves as the number one zombie survival experience in the country and already have a number of different themed zombie locations all over the country – The Asylum In Liverpool for example or The Courthouse in Birmingham – but for their latest venture they really wanted to push the boat out. Literally.

They’ve managed to commandeer a 4,450 geometric tonne ocean liner cruise ship named The Duke Of Lancaster that was allegedly designed by the same people who designed the Titanic and are planning to unleash the zombie apocalypse on it. You’ll have to explore the ship and try and find a cure for the virus all whilst loads of zombies try and attack and kill you. Sounds like a great way to spend a Saturday hey?

The Duke Of Lancaster is located in North Wales like I said and experiences last three hours and cost the rather steep price of £90 each, but you’ve gotta think that for that kind of money you will be getting a good time at least. Here’s the video promo for the experience:

The Duke of Lancaster Zombie Experience.

NEW 2019 – The infected Duke of Lancaster awaits only the bravest souls. You'll need to explore this huge haunted, abandoned ocean liner in the hope of stopping the virus and saving humanity.Book here:- http://bit.ly/ZIDuke- 2.5 Hours (approx) of award winning immersive entertainment.- Fully up-gradable weapons.- Set across this iconic abandoned ocean liner, never been open to the public before – The Duke of Lancaster- Weekend packages available.- Upon survival photos with cast and crew!- Film realistic SFX zombies- Limited tickets available!- Maximum teams of 18- 18+ OnlySynopsis :- “The undead tell no tales on this virus voyage ” The 4,450 GT TSS Duke of Lancaster awaits you and your team of undead explorers. The ship is full of infected, untouched for years, they'll be strong and hungry… Intel suggests that this location could be the hub of recent rebel activity in the unquarantine zones. You'll need to learn quick, gain access and explore deck by deck to uncover the answers Harvertech are looking for. This one isn't for the fainthearted."Can you believe your eyes!? Exclusive to Zombie Infection comes a once in a life time opportunity to immersive yourself in our zombie universe on this incredible turbine steam ship. Believe us when we tell you that this is not only an incredible place to visit, but also that it is the ultimate zombie experience location. Multiple decks, cabins, louges and engine rooms stuck in time and completely unexplored. All of this mixed with hours of immersive entertainment being chased, challenged and instructed by our award winning cast means you'll need to grab your tickets fast and join a VIP selection of Zombie Infection patrons who have had the chance to step on board!Book now and don't miss out on this incredible location:- http://bit.ly/ZIDuke For all Ghost Hunting / Events enquiries visit TSS Duke of Lancaster

Yeah so that doesn’t really make it look that good and it’s pretty pricey AND I have to go all the way to Holyhead to experience it, but they have got a shit tonne of five star reviews on their Facebook page and won some scare awards so I’m fairly sure it’s gonna be worth it if this is the kind of thing you’re into. Only thing is that it looks like you had better book it up quick because they sell out real quickly. So