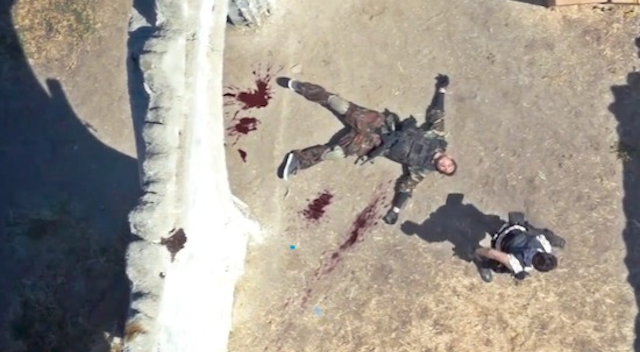 Although they’re clearly not as good as first person shooters, I’ve still got a lot of time for the ‘top down’ shooter genre and in particular games like Metal Gear Solid and Splinter Cell where you have to sneak around and use stealth rather than just go in all guns blazing. To be honest the format suits those games a lot better than FPSs so it works well.

Corridor Digital have decided for some reason to revitalise the ‘top down’ shooter genre by creating a real life version of one. We’ve been seeing a lot of real life versions of video games popping up recently but never one of this genre so it really is a breath of fresh air – hopefully we’ll actually see some more of these games being made in the future.

In case you haven’t guessed it, they’ve decided to parody Metal Gear Solid with the main character being called Cobra and having to go in and stop Boss from unleashing nuclear war on the world. Boss also killed Cobra’s father, as if that wasn’t enough incentive. You’ve got to love video game plot lines.