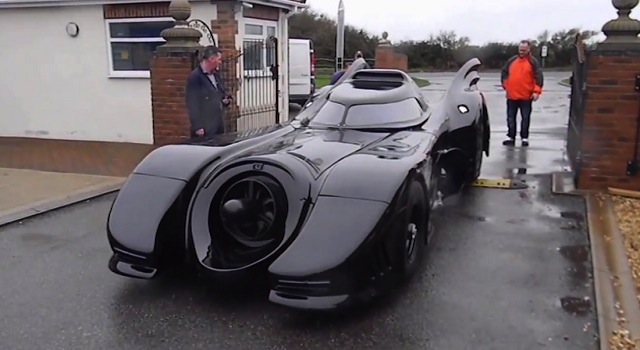 A Batman fan is selling his real, fully functional, one-of-a-kind Batmobile based on the vehicle Michael Keaton drove in the 1989 version of Batman. It’s expected to fetch around £70,000 – £90,000 when it’s auctioned off at Mercedez-Benz World in Brooklands, Surrey on November 30th.

It has a straight six 3.2 litre Jaguar engine, automatic transmission, hydraulic suspension that can lift it a further 9″ off the ground and hits 60mph in under 5 seconds. It also has a smoke release mechanism, full LED running lights, dashboard display and front and rear cameras and… it has a fully operational FLAME THROWER.

There’s possibly a small downside, as Edward Bridger-Stille from Historics auction mentions: “It is a smooth driving car however there’s not a lot of all-round vision. It’s a bit like a fighter jet in that sense.”

â˜› Up Next: 6 Of The Weirdest Concept Cars Ever