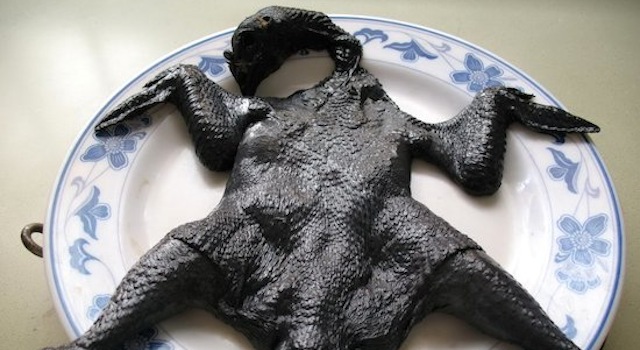 The Ayam Cemani is one of the rarest types of chicken in the world and it’s fairly obvious why this is the case – it’s because it’s completely black from head to toe.

Its skin, beak, plume, tongue, legs, toe nails, its meat, bones, organs and even its bone marrow is black. The one thing that isn’t black is its blood, although that is said to be very dark at least. The chicken is bred in Indonesia and originates from the island of Java over there, although nobody seems to know how it actually came to be all black.

It’s one of the rarest breeds of chicken in the world because of this and can cost up to $2500. They’ve been imported to Europe since 1998 and there are said to be stocks of them in the Netherlands and Germany, although I’ve never seen one for sale. The meat is said to be incredibly tender and delicious, even if it looks a bit dank.

I’d be willing to try it out so if anyone knows where I can get my hands on any (preferably for free) then let me know. 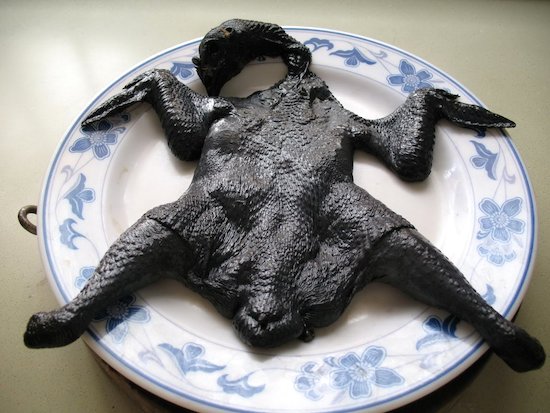 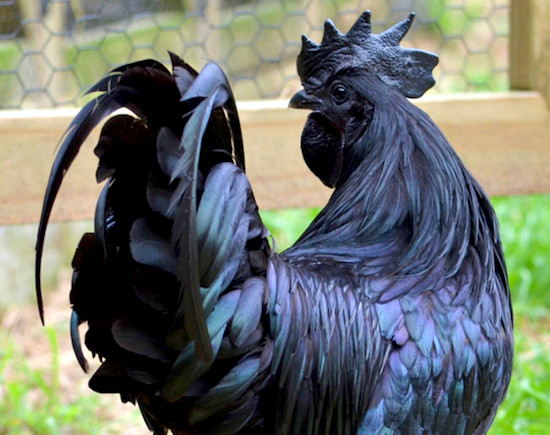 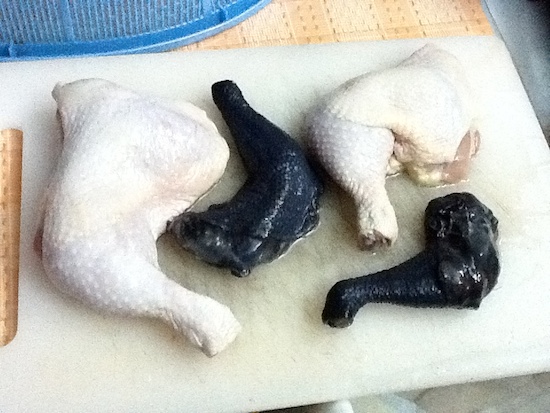 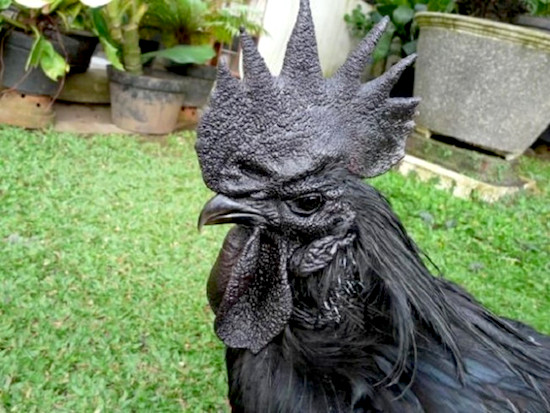 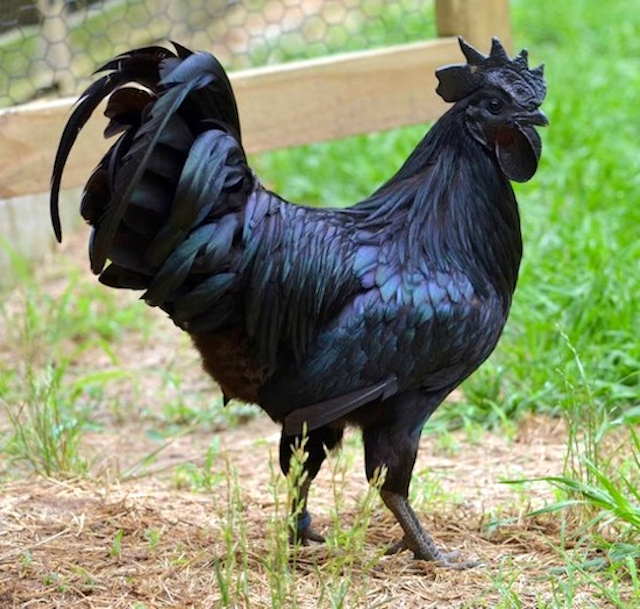 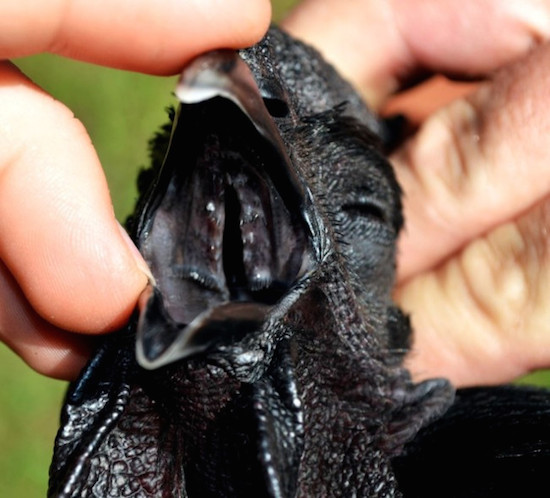 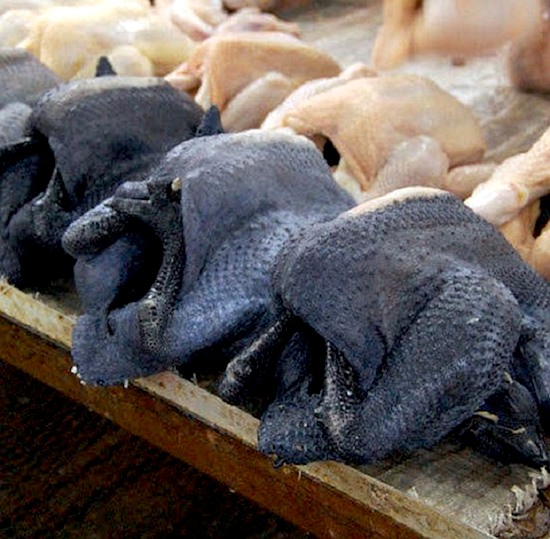 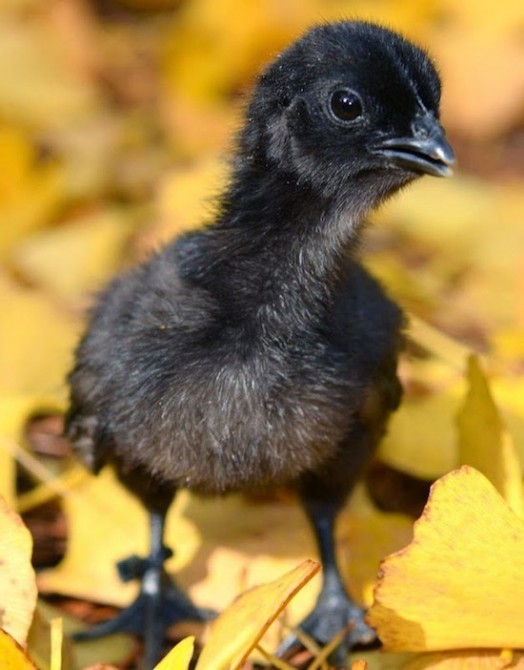