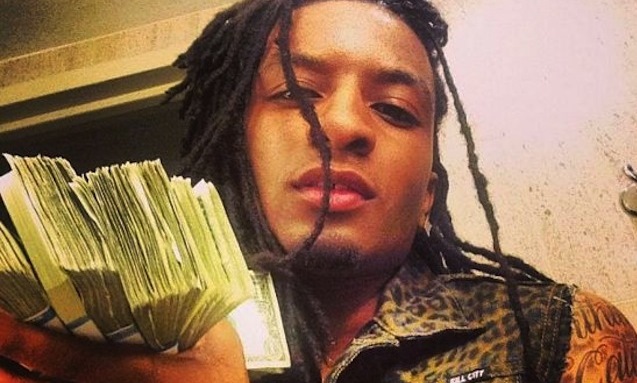 Chicago rapper Young QC has been charged with arranging the brutal killing of his own mother in order to collect her life insurance and clean out her bank account.

Just look at this guy — if ever there was a face in need of a slap. 24-year-old Chicago rapper Qawmana “Young QC” Wilson has been charged with arranging the murder of his own mother after it was found he collected her life insurance and cleaned out her bank accounts.

Yolanda Holmes had around $90,000 in her bank account, which her gangsta rapper son withdrew a week after she was stabbed and shot to death.

â˜› Up Next: 9-Year-Old Rapper Lil Poopy Being Investigated For Child Abuse

The little prick splashed the cash and was suddenly ballin’ hard in his Instagram photos, which drew the intrigue of investigators looking into his mum’s death.

When they arrested his friends who had carried out the killing, one of them admitted that Wilson had hired them to act as shooter/getaway driver.

Incredibly, QC has his mum’s name tattooed on his shoulder.

Time to take your ballin’ to prison young man — fondling big Jermaine’s balls in the slammer.