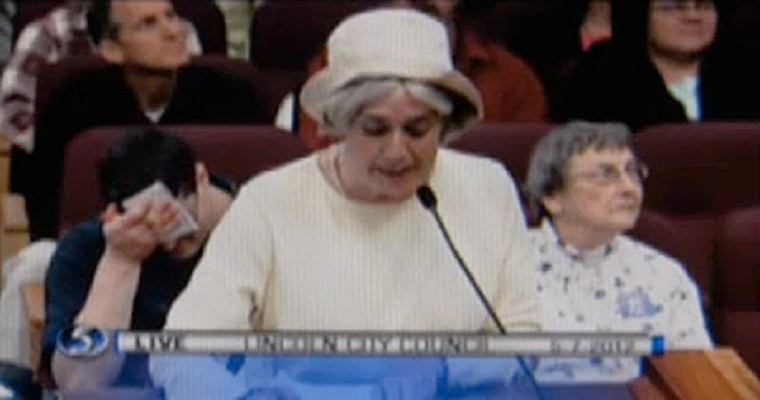 This anti-gay rant went viral earlier this year, if you missed it, enjoy it’s full glory here. Remember, everyone has the right to an opinion even if it is MENTAL.

This video did the rounds in May 2012, but I for one missed it at the time so I guess some of you may also have passed this treat by. So we’re in Lincoln, Nebraska. Earlier this year they were trying to bring in (or some people were trying to bring in) LGBT protection ordinance. I don’t really know what that means, but I think it boils down to giving gays, lesbians and transgender peeps the same rights as straightos.

I’m all for that of course, as I’m not retarded, and it seems just a little bit mental that it is even necessary to debate it now-a-days. You know, women have the vote and are allowed to drive cars. People of other colours and religions also get to drive and vote. Even animals have rights, apparently it’s illegal to kick a kitten in the face for instance. 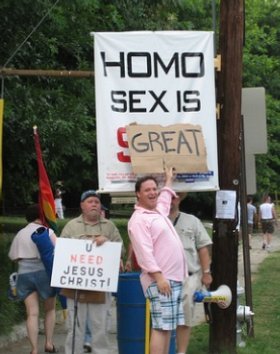 The fact that these debates still go on, and that homophobia is still so rife in our “developed” nations, is frankly startling to liberal, forward thinking, get off your high horse, why don’t you chill out a bit, types like me. The woman – Jane Svoboda – in this debate is clearly mental, but hasn’t let her mental impairement get in the way of wearing a lovely summer hat whilst making a bunch of mad shit up for effect.

Many of you will have caught this video when it went viral earlier in the year, but you may not know that she is actually a registered schizophrenic, and often speaks in the council’s open sessions about things like Chinese “subliminals” that come through cellphones and other electronics, paradise on earth and family members being killed by doctors. At the local University she is well known by students and hands out fliers on bonkers topics for them to peruse.

Before you enjoy the video (it’s over 5 minutes long but it is all pure gold), here are some of my fave quotes:

“P-E-N-I-S goes in to the anus to rupture it” (love the fact she can’t bear to say penis, but anus is fine.)

“Gays are the bioethics homiciders in hospitals” – sorry, what?

There’s also some sweet shit about Hilary Clinton going lesbo and the use of Rohypnol to “turn” straight girls gay. You guys are going to enjoy this: