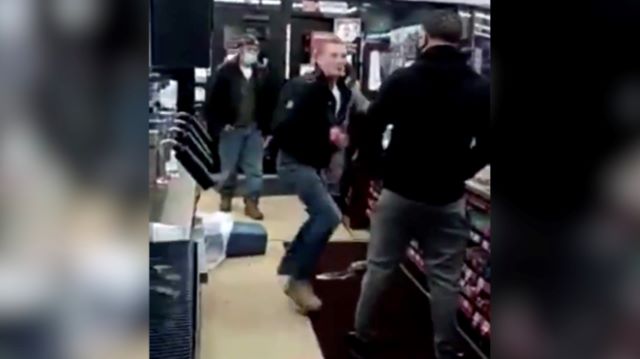 There’s not many things better than watching some racist clown get his just desserts on camera, and it’s especially satisfying when the punishment gets a little bit creative – like for example a drinks can being obliterated in their face.

For some reason this guy is super keen to prove that he can drop unlimited N-bombs without repercussions, but as anyone with a brain can predict, it didn’t quite turn out that way for him:

Talk about cracking a cold one! It’s an even better result because he initially seemed to hesitate a little bit and even dropped the drink on the floor as the guy was daring him to swing. Well he asked and he received and now he’s going viral for having a fizzy drink explode all over his dumb racist face. You love to see it! Merry Christmas everybody!

To watch a bunch of Asians get into a massive fight at a house party and keep calling each other the N-word, click HERE. WTF?