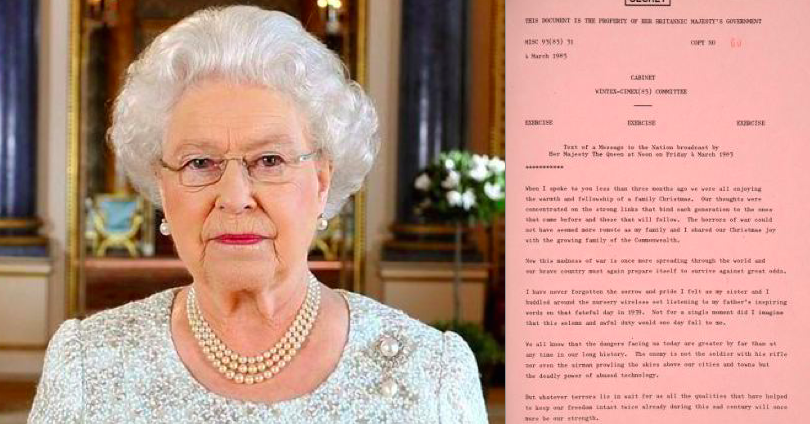 Let’s hope she never has to use it.

With the news this morning that North Korea fired yet another ballistic missile over Japan just two weeks after allegedly testing a hydrogen bomb, it’s safe to say that the world is getting a little bit nervous at the outbreak of nuclear war.

The US and South Korea have condemned the move and in these perturbing times it’s hard not to worry about the consequences this could have on the world. Should tensions reach boiling point and World War Three did actually happen (heaven forbid), it has been revealed that The Queen already has a planned speech which she would read to the citizens of Britain. 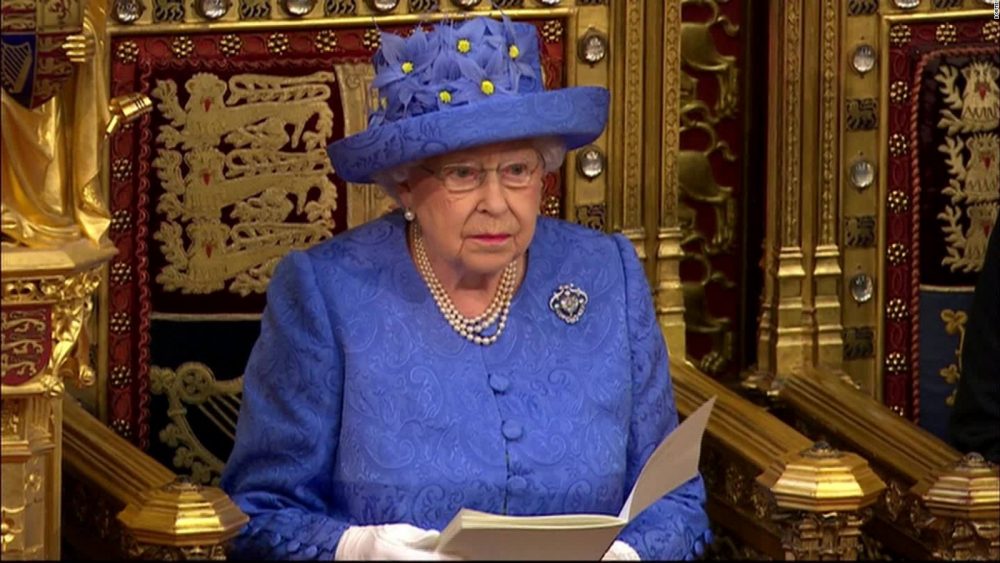 The speech was actually written back in 1983 during the Cold War but now it has been made public. Although some parts are a little dated, it’s still a chilling reminder of what we could possibly be facing in the not-too-distant future if North Korea carries on like this.

I have never forgotten the sorrow and the pride I felt as my sister and I huddled around the nursery wireless set listening to my father’s [George VI’s] inspiring words on that fateful day in 1939 [at the start of the World War II].

Not for a single moment did I imagine that this solemn and awful duty would one day fall to me.

But whatever terrors lie in wait for us all, the qualities that have helped to keep our freedom intact twice already during this sad century will once more be our strength.

We all know that the dangers facing us today are greater by far than at any time in our long history.

The enemy is not the soldier with his rifle nor even the airman prowling the skies above our cities and towns but the deadly power of abused technology.

My message to you therefore is simple. Help those who cannot help themselves, give comfort to the lonely and the homeless and let your family become the focus of hope and life to those who need it.

As we strive together to fight off the new evil, let us pray for our country and men of goodwill wherever they may be.

God Bless you all.

Let us hope that this is the only time we’re actually going to have to be confronted with this speech and we don’t see it on our television screens any time soon.

To see what would happen if every nuclear weapon on earth was launched, click HERE.