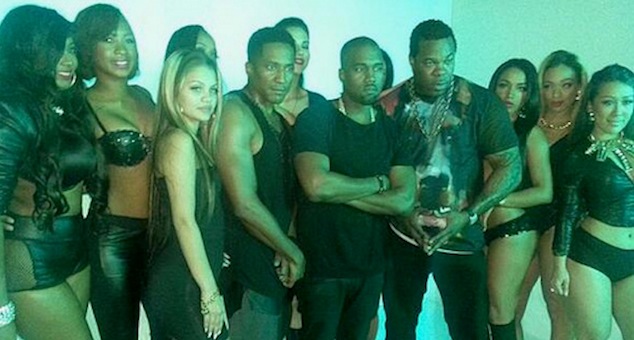 The Abstract & The Dragon is christmas come early for every ATCQ fan out there. Busta has set aside his the pseudo-yardie accent for what he knows best, atop some of the most famous hip hop beats ever made.

Don’t think I’ve been sleeping on this, I just was too busy listening to it but then I remembered I shouldn’t be selfish and should really bring it to anyone’s attention that might not have heard (amidst the BeyoncÃ© visual album madness) that hip-hop has returned.

The Abstract & The Dragon is christmas come early for every ATCQ fan out there. Busta has set aside the pseudo-yardie accent for what he knows best, and joins Q-Tip to float gracefully atop some of the most famous hip hop beats ever made.

‘God Lives Through’ should be listened whilst watching that gif of BeyoncÃ© crying at the fact that “God is real” because that’s the closest anyone will ever get to expressing the intensity of this opening track. I also recommend the title song with its eerie spacey chord loops, ‘Rennaissance Rap‘ for the lyrical deliveries and ‘You Can’t Hold The Torch’ simply because that beat is classic. Even the pseudo-yardie gets a nice moment on ‘Pardon My Ways‘ where we learn Busta does not tolerate “fuckery music” or “bumba bludclart people.”

Then there’s the old school ‘Thank You’ which has been gifted your standard, run of the mill, basic rap video which you can watch below:

I also should mention that everyone features on this tape – Missy Elliott, Redman, Lil Wayne, Kanye West, Big Daddy Kane, Talib Kweli and J Dilla just to name a few. If you haven’t already, head over here and cop it or alternatively stream it below: