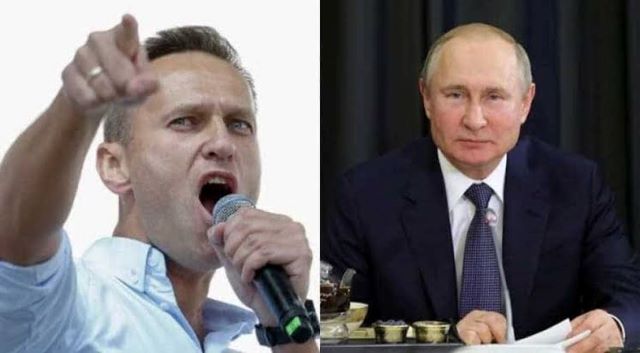 On 20 August 2020, Russian opposition activist Alexei Navalny fell critically ill during a flight from the Siberian city of Tomsk to Moscow, and immediately knew he had been poisoned.

Thank to the pilot diverting the flight for an emergency landing in the town of Omsk, Navalny made it to hospital in time and survived. Doctors and medical specialists were flown in from Moscow and claimed that they found no signs of severe poisoning. Which is weird, because the symptoms suggested Navalny definitely had been poisoned.

Well two days later, Navalny was evacuated to the German Charite hospital where he was promptly diagnosed with severe poisoning. What’s more, they found he had been poisoned with Novichok – the same substance used against former Russian intelligence officer Sergei Skripal and his daughter. 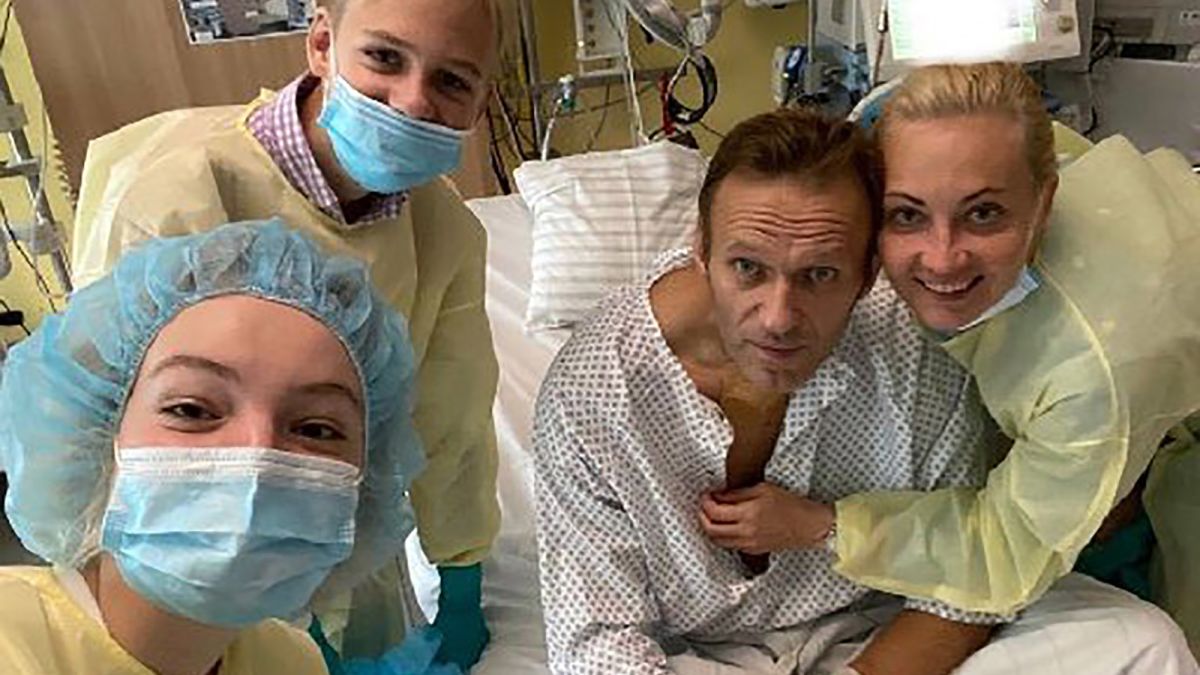 Naturally, everyone immediately looked to Vladimir Putin & his FBS squad (Russia’s federal security service) as the main culprits in the assassination attempt. They denied, denied, denied (even though poisoning critics and political opponents is a classic Putin move), with Putin even telling the media that if he had sent someone to kill Navalny, they would have “finished the job”. Yikes!

So it turned into something of a (attempted) murder mystery, even though everyone already knew who was responsible. Navalny worked closely with CNN, who even sent a reporter to Moscow to confront Vladimir Putin’s henchmen.

As you can see, she just ended up having doors slammed in her face:

Getting nowhere with the straightforward journalism approach, Navalny came up with a plan – he would call up one of Putin’s henchmen pretending to be a senior security official working for Putin, and say he was investigating why the assassination attempt on Navalny went wrong i.e. why he didn’t die.

Amazingly, the plan worked! Navalny rang up FSB agent Konstantin Kudryavtsev and over 45 minutes, managed to dupe him into believing he was actually talking to a senior security official instead. Kudryavtsev was skeptical at times, but Navalny became stern with him and insisted it was a matter of urgency. 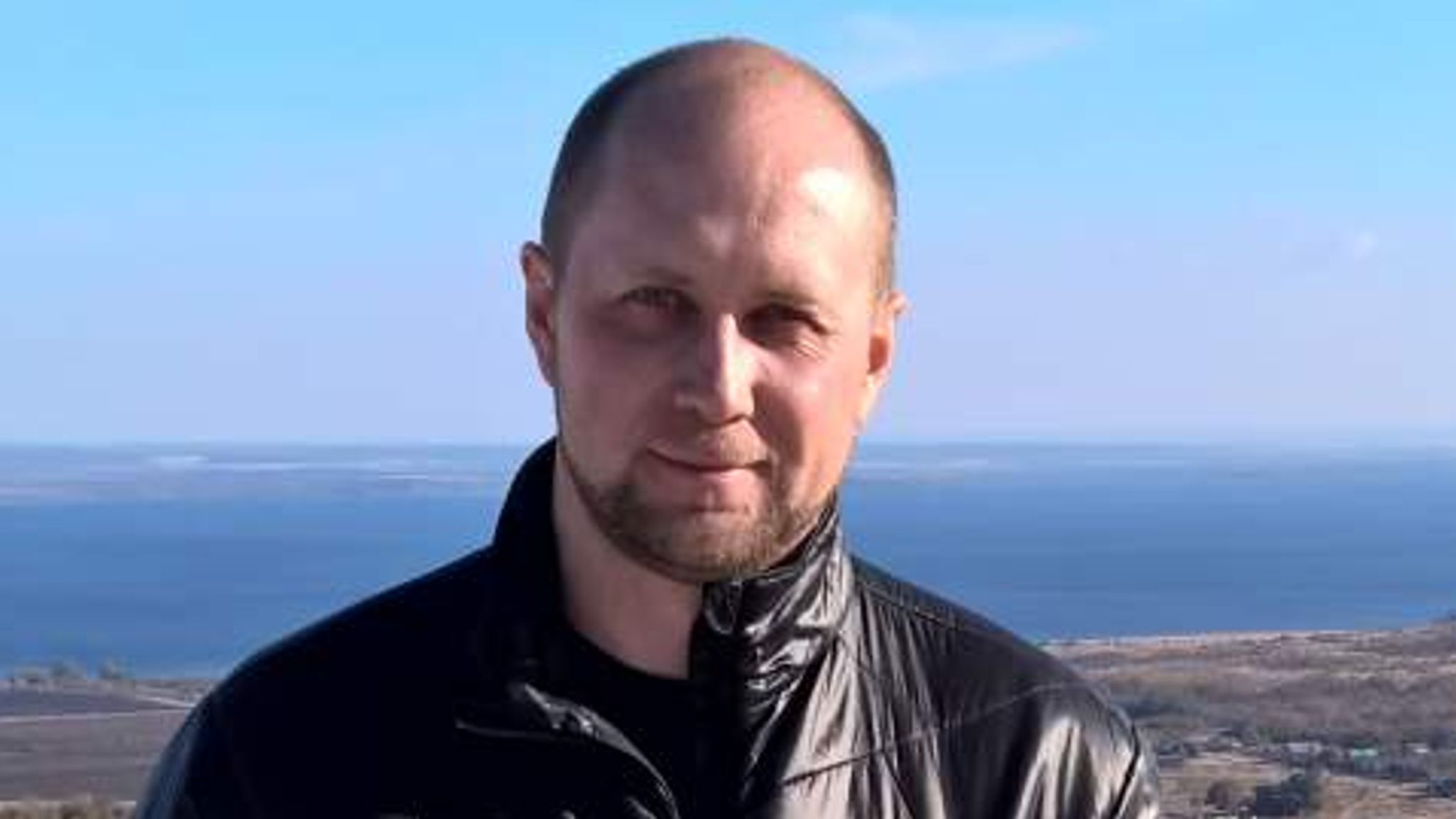 As per Sky News, Kudryavtsev explained to the Russian opposition leader that Novichok nerve agent used to poison him had been applied to his underwear, with the idea being the poison would be absorbed into his skin as he started to sweat in that area.

I was told to work precisely with the underpants, on the inside.

On why the assassination attempt failed, Kudryavtstev says it was down to the quick reaction of the pilot to divert the flight:

The flight is about three hours, this is a long flight.

[We] didn’t expect all this would happen. I’m sure that everything went wrong.

When asked about whether a miscalculated Novichok dosage could also have affected the outcome, he said:

As I understand it, we added [a] bit extra.

Kudryavtsev, who was part of a crew of six who had been trailing Navalny since 2017, said he flew to Omsk days after the poisoning to take part in the clean-up, and had applied solutions to Mr Navalny’s clothes to get rid of any trace.

That’s why we went there several times.

So Navalny ended up getting the who, what, when, where & why of the attempt on his own life, and it was as easy as pretending to be someone he wasn’t on the phone. I imagine Kudryavtsev is now shitting his pants since Putin & his crew will likely be just a little bit upset that he spilled the beans directly to the target on a recorded phone call that is now going viral around the world. Whoops.

You can see the whole thing unfold (with subtitles) here:

Crazy that Navalny has the balls to expose Putin like this, knowing he had six men following his every move for YEARS before they tried to murder him via poison in the underpants. Guy has serious balls of steel. Let’s just hope he doesn’t mysteriously “vanish” one of the days, although being 1-0 in assassination attempts thus far, I’d understand if he was feeling a little bit cocky right now.

As for Kudryavtstev, I’d say his odds of making it out of this one unscathed are probably a little less favourable. An agent working for Putin at the highest level being hook, line and sinkered by his political opponent so easily? RIP in advance Mr. Kudryavtstev – you had a good run while it lasted.

For news that Putin is set to step down in 2021, but only after he passes a new law giving former Russian presidents lifetime immunity from prosecution, click HERE. Smart!