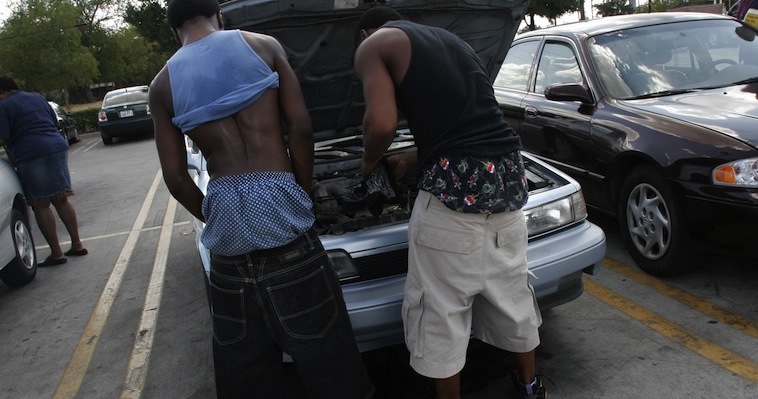 Ever wish you could tell those saggy-bottomed ruffians on the street to pull their jeans up, without the risk of being shot in the face? All you need to do is get a job with PUPA – The Pull Up Your Pants Agency.

YouTube’s most fearless prankster is at it again, this time masquerading as a member of PUPA —  The Pull Up Your Pants Agency.

There’s no shortage of peeps sporting the “sags” around Miami, that’s for sure. This makes it the perfect arena for Vitaly Zdorovetskiy to set about enforcing his bogus law, complete with a pretend scanner he runs over offenders’ rectal areas saying things like “it’s a negative 4”, insisting they pull up their attire or he’ll write them a ticket.

Obviously by default you are pretty hard if your pants sag. You probably won’t take kindly to the suggestion that its some form of visual booty call for other males. Naturally, Vitaly encounters some resistance along the way, but is still kind enough to offer a butt plug to one saggy-bottomed target (the guy who is quite clearly tripping his balls off at around the 2:44 mark).

Do You Even Lift Bro?

Dude Pranks His Mate By Pushing Him Into Shark Infested Water